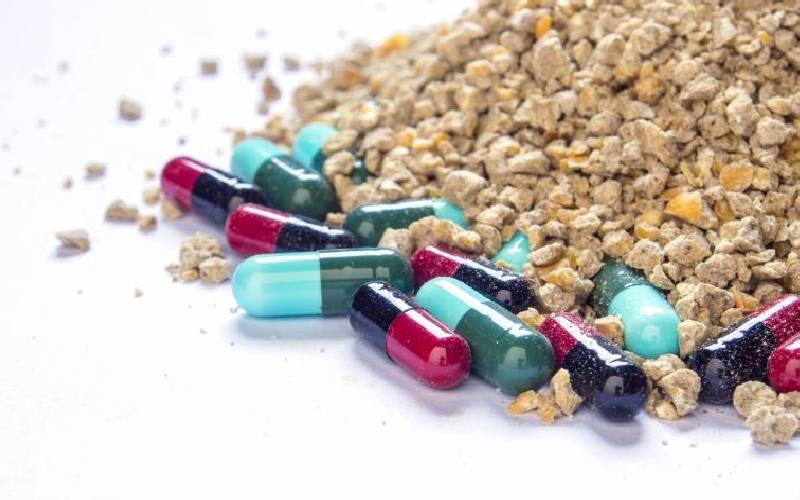 Our antimicrobials (agents that kill microorganisms or stop their growth) are losing their strength and this is serious.

Antimicrobial Resistance (AMR) is one of the greatest threats to human and animal health, food and nutrition security, and development.

There is a growing number of human and animal infections that were initially easy to treat but now are becoming difficult or impossible to treat with the same drugs.

Beware of diseases that come with rains

What is Antimicrobial Resistance (AMR)?

When these micro-organisms become resistant to these drugs that initially killed them; they have developed antimicrobial resistance.

AMR occurs when this micro-organism changes in response to the use of these medicines and become less responsive or unresponsive altogether.

Antimicrobial resistance is the ability of a micro-organism to withstand the inhibiting or killing action of an antimicrobial that initially “killed” them.

With AMR it means the effectiveness of treatments goes down and with it comes many earlier preventable deaths in man and animals.

The World Health Organisation (WHO) estimates that around 700,000 people die annually because of antimicrobial-resistant bacterial infections.

AMR leads to increased treatment costs affecting profits. It can also trigger the use of more or stronger antimicrobials which are costly and can also harm human beings.

The greatest amount of antimicrobials is used in the agricultural sector on crops and animals to prevent and treat diseases and sadly, as growth promoters.

Other factors that contribute to AMR include an inadequate number of animal and plant health experts to offer services, creating a vacuum that is occupied by quacks, and subsequently improper use and abuse of antimicrobials that fuel resistance.

Inadequate laws and policies that mitigate against AMR. Low awareness of AMR leads to low-risk perception index of abusers further fanning the misuse of antimicrobials.

Why this year’s World Antimicrobial Awareness Week is special

Covid-19 has come with good lessons. The use of Infection Prevention and Control measures like handwashing and mask wearing has lowered infections in humans and subsequently the use of antimicrobials.

On the other hand, it has also seen an increase in the abuse of antibiotics in the treatment of viral infections.

This observation further stresses the importance of biosecurity measures in livestock sector in reducing the unnecessary use of antimicrobials and the role of human behavior in AMR.

To address the low awareness of AMR among the public every year the tripartite Food and Agriculture Organisation of the United Nations, WHO and World Organisation for Animal Health, and national governments come together to mark the World Antimicrobial Awareness Week. This event is being marked from November 18 -24 under the slogan “Antimicrobials: Handle with care” – highlighting that antimicrobials are a precious resource and should be used prudently.

The writer is a veterinary surgeon and Head of Communications at the Food and Agriculture Organisation of the United Nations (FAO) Kenya. The views expressed here are not necessarily those of FAO

COP26 summit is over: What’s in for farmers By Kandie Eunice | 2 weeks ago