From supply to demand: changing the approach in africa’s food economy

Focusing on the demand side of the food economy in the continent could be the panacea to food shortage in Africa, posits Boston Consulting Group (BCG).

The global consulting firm insists that the model that has always been relied upon by the continent, where the supply side of the food economy has been the focus by stakeholders (including policymakers), could be changed for a long-term solution.

In research written by Zoë Karl-Waithaka, a Partner at BCG, and Chris Mitchell, Shalini Unnikrishnan and Tolu Oyekan, all Managing Directors & Partners at BCG, the firm warns that the continent may continue to suffer perennial shortages if proper interventions are not made to address a style that has not helped the continent develop food security.

“For too long, most policy interventions in Africa have targeted the supply side of the food economy. It’s easy to see why: supply-side measures lead to economic policies, budgetary allocations, and aid flows that have an immediate impact on large numbers of rural people,” says BCG.  “Besides generating tangible first-order effects such as income growth and poverty alleviation, they help coalesce political support in rural areas.”

Unfortunately, the research shows, targeting supply hasn’t produced satisfactory solutions to many of the varied and interconnected challenges that Africa’s food system faces.

“Too often, such efforts smack of a kind of “if farmers grow it, consumers will buy it” reasoning that doesn’t deliver useful results in the long run,” the researchers say.

“Agriculture policy would deliver better results in Africa if it started by triggering demand differently, valuing consumers’ nutrition and health as much as it does farmers’ incomes,” BCG says.

Africa has had teething problems in the past, among them acute food short. This is a continent in which agriculture accounts for a quarter of the continent’s GDP. In sub-Saharan Africa it provides work for almost 60 per cent of the population.

“Up to 650 million Africans—50 per cent of the continent’s population—lack economic or physical access to sufficient food to meet their minimum needs every day,” finds BCG.

Covid-19 worsened the situation, and the risk of starvation of the population and malnutrition of many more increased.

Most of the agriculture that happens in the continent is dependent on rainfall which is not very reliable.

Africa is also a major food importer, spending over $47 billion in 2018 to buy food on the world market.

“From 1998 to 2018, food imports shot up by over 1,000 per cent in Ethiopia and Ghana, by over 300 per cent in Nigeria and Kenya, and by 122 per cent in Tanzania. Even as the devaluation of several African currencies, in combination with declining commodity prices, strains countries’ food security, the average Kenyan still spends almost 50 per cent of their income on food, and the average Nigerian almost 56 per cent.”

Most African governments have also been accused of underfunding their agricultural sector.

“Between 2000 and 2015, for instance, agriculture in Kenya accounted for only between three per cent and six per cent of public expenditures, substantially less than the 10 per cent that many governments agreed to dedicate to agriculture under the Comprehensive African Agriculture Development Policy (CAADP) by 2015,” says BCG. “Commercial lending to the agriculture sector accounted for only four per cent of banks’ portfolios in Kenya in the same period. As a result, the food sector is often starved of the funds it needs for growth.”

While a shortage of food is condemning millions of Africans to hunger and risk of death, many others are taking to unhealthy feeding habits.

Africa faces the challenge of rising obesity, albeit from a low base, as consumers’ eating habits change.

In sub-Saharan Africa, too many Africans may be eating their way to heart disease (about 13 per cent of deaths in 2019), diabetes (about three per cent), and hypertension (approximately 31 per cent).

BCG feels that there must be a new focus on growing industrial demand for agricultural produce if the food problem in the continent will be addressed. 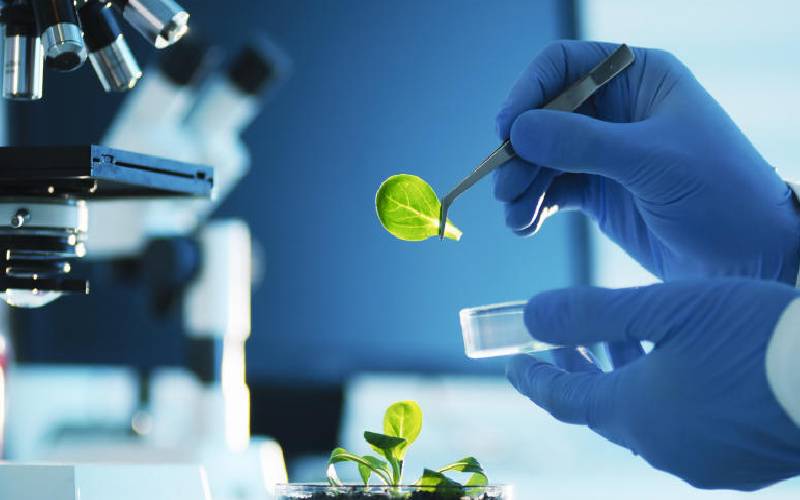 “Africa’s verdant and varied primary sector has the potential to support almost any kind of business relating to the production, logistics, processing, packing and retailing of foods.  Growing agribusinesses will help subsistence and unprofitable farmers move to related industrial and service jobs, where they can earn higher incomes, increase their purchasing power, and boost food demand,” says BCG.

The continent should also seek to leverage relationships with food processing companies. This could be the way to change how consumers think about what they choose to eat, the research shows.

Basically, these companies can influence what consumers eat – thereby changing what farmers grow. “While the private sector is the only scalable player that can help manufacture food for everybody, it usually produces the highest-margin products regardless of their contribution to human well-being.  Governments can counteract this trend through fiscal incentives and health norms,” the report says.

“This can be done by incentivising nutrient-rich foods through tax breaks, and much like South Africa’s sugar tax, making excessively unhealthy food more expensive. It is by using these companies as agents of change and investing in cold supply chains that the environmental impact of the sector can also be reduced, ultimately by limiting waste. Nearly 40 per cent of the food grown in sub-Saharan Africa perishes before it reaches consumers, driving up costs.”

BCG also says that diversifying Africa’s demand for food will also be vital to creating new markets and opportunities for local farmers.

“75 per cent of the world’s food supply comes from 12 plant and five animal species, and rice, maize and wheat alone make up nearly 60 per cent of calories from plants in the human diet. To encourage more food diversity, governments need to also consider using taxation to catalyse the demand for different types of food and convince consumers to try new foods that are more sustainable and healthier.”

Africa should also seek to create a global market for its products. Through marketing campaigns via trade fairs and even direct to consumer, industry bodies have an opportunity to create a new brand, which the firm said should be called “Grown-in-Africa”.

“In today’s connected world, Africa’s food businesses must forward integrate to control the means of distribution and marketing globally.  Doing so will increase the ability to control what they sell where and increase the foreign exchange they earn. While international markets make it difficult for African companies to compete, allocating funds to assist African companies should be a major investment consideration for local governments,” BCG says.

This year, in Kwa-Zulu Natal, South Africa, The African Union, African Export-Import Bank will he hosting the The Intra-African Trade Fair (IATF). The IATF is a trade show that provides a platform for sharing trade, investment and market information and enabling buyers and sellers, investors and countries to meet, discuss and conclude business deals.

Focusing on demand is expected to result in new roles for the actors in Africa’s food system.

“The private sector will have a bigger part to play in the future; as the most structurally scalable and sustainable part of the food system, it must grow rapidly to catalyze change. The public sector will have to create the enabling environment for the transformation, investing in agricultural research and development and the infrastructure needed to move goods from farms to consumers and ports,” says BCG.

How technology can boost dairy farming Smart agriculture
The technology comes at a cost but it has handsome returns on investment.
Technology
By Dr Moses Olum
Jan. 27, 2023
.