When Maxwell Ochoo first ventured into fish farming at his farm in Odiere village Homa Bay County, he almost abandoned his project half-way due to high cost of commercial fish feeds.

He says for almost three months after acquiring fingerlings, all the savings dried up because of meeting this cost. Yet, he still had at least five months to feed till his tilapia matures and are ready for harvest.

“l had no idea fish farming was such an expensive venture thanks to the expensive feeds. Buying feeds for the fingerlings was such a big expense, the business was barely surviving,” begins Ochoo. But the he saw the light.

While he was searching for answers, he was linked to World Vision officials who armed him with knowledge on agroforestry.

Charles odhiambo, Regreening project manager, World Vision Kenya explains that since the organisation was promoting planting of various trees, they advised them to plant special trees like calliandra and Sesbania that acts as fodder for fish and livestock.

When they the Calliandra and Sesbania matured, he cut the leaves and tried to test which of the two would attract the fish.

“I fed my fish with Sesbania and Calliandra but discovered they loved Calliandra. Whenever l gave them Sesbania leaves they would only eat a few, but devour the whole of Calliandra leaves. I started cultivating more Calliandra,” explains Ochoo.

Since then, Ochoo and other farmers embarked on production of more Calliandra trees for fish feed formulation.

Odiambo explains: “For the feeds first, you dry them for two to three days under shade to retain the green colour, and that is how you get maximum utility out of the calliandra leaves.”

He warns that when you dry Calliandra under direct sun, there are minerals that are lost. After several attempts, he has now perfected the art.

“After drying the Calliandra leaves, l mix them with commercial feeds and give them to the fish.  I have cut my production costs by half,” he says.

He explains the Sesbania trees also act as windbreaker around the fish farm. He harvests his fish after every eight months.

But how good is Calliandra in fish feeds formulation?

He says farmers need to formulate fish feed that has high value nutrients including protein, vitamins and minerals. And, use locally available ingredients in fish feeds whenever possible.

He warns, “Do not use limited proportions of nutrients in fish feed that may lead to feed wastage, poor fish growth and occurrence of deformities and nutritional diseases.”

Other trees useful in formulating feeds include Moringa for proteins, cassava leaves and leguminous shrubs.

On value addition, Dr Olilo says Nile perch skin can be tanned into leather to make shoes and hand bags. Fish bladder can be used to make membranes that are applied on hospital facilities, and material. Fish bones can be used in making buttons. He advises farmers to use quality fingerlings that is pure breeds and not cross breeding.

Climate change is here and nobody is really safe 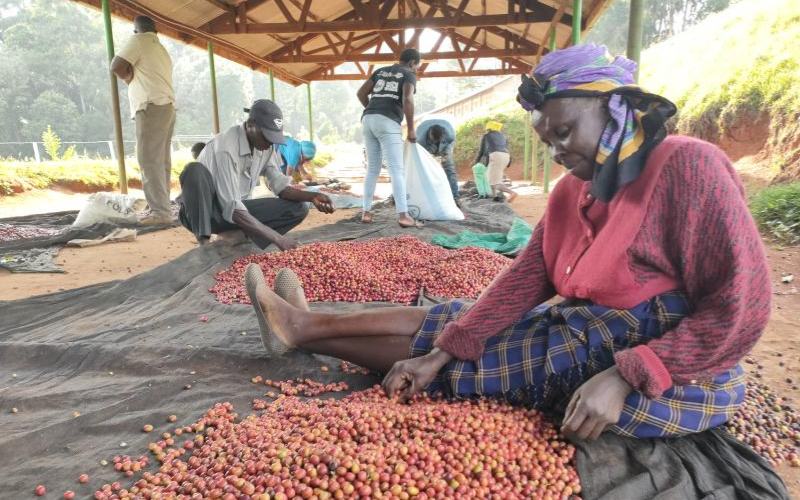 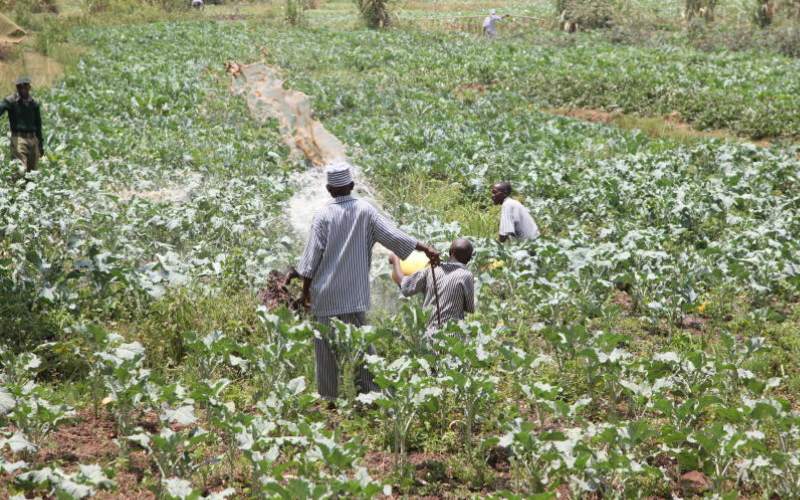