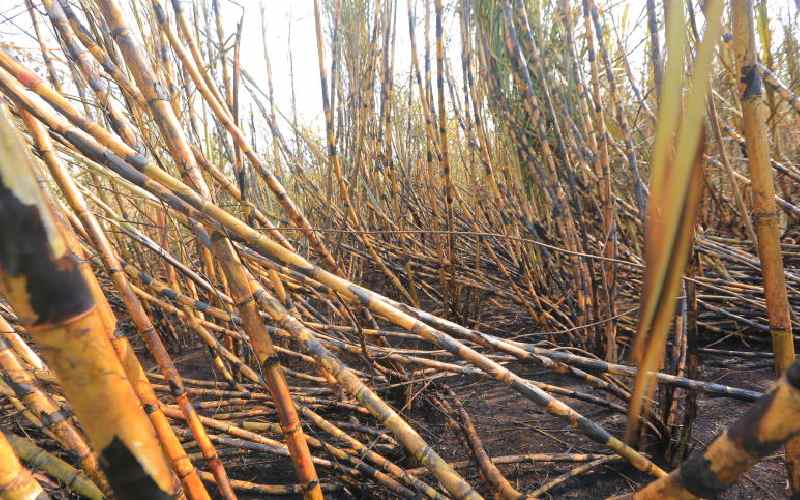 Kericho leaders have written to the Intergovernmental Technical Relations Committee (ITRC) demanding the suspension of the lease of  Muhoroni sugar company until the bonafide owners of the 4,246-acre Nucleus farm on the Soin/Sigowet-Muhoroni constituency is determined.

But in spite of the land being listed in the now-defunct County Council of Kipsigis Assets Reports and Valuation as Kericho County property, Kisumu County lays a claim to it.

“The nuclear farm is Kipsigis community land and before the privatisation of the Muhoroni Company the land must be reverted to its original owners,” said Governor Paul Chepkwony.

His sentiments were echoed by Soin/Sigowet MP Kipsengeret Koros, who said the residents must be consulted before the leasing out of the land to the private investors.

"There are some things that we must agree on first. We need to know for instance, the period of years and the conditions under which the land would be on lease and what the local community will achieve," he said.

Koros called on Agriculture CS Peter Munya to appoint an arbitrator over the land stalemate.

Koros added, “If the government will not be interested to reach an amicable agreement with us we will seek redress in the courts. Our lawyers are already in the process of drawing the petition."

Kimutai Chelulei, who is in possession of a 1952 colonial map, pointed out that the disputed pieces of land are located in what was then referred to by the British colonial government as the Lumbwa Native Land Unit.

"The boundary between the Lumbwa Native Land Unit and the Kavirondo land unit is very clear," he said.

“No dispute should even arise since the Independent Electoral and Boundaries Commission (IEBC) clearly demarcated the boundary between Kericho and Kisumu county,” said Kipngeno.

The leaders spoke as sugarcane farmers drawn from Kericho, Nandi and Kisumu county petitioned the government to set aside Sh10 billion to be disbursed to rural sugarcane cooperative societies to revive sugarcane farming.

Andrew Bett, asked Munya to present to the treasury the requests to be factored in the supplementary budget for the establishment of an Emergency Sugar Development Fund for sugarcane development.

"The publication of the Sugar Regulations 2020 has re-energised farmers. We are eager to go back to farms to plant new sugarcane varieties to satisfy sugar demand in the local and export market as well as create employment for thousands of workers from the farms to the sugar factories and beyond," he said.