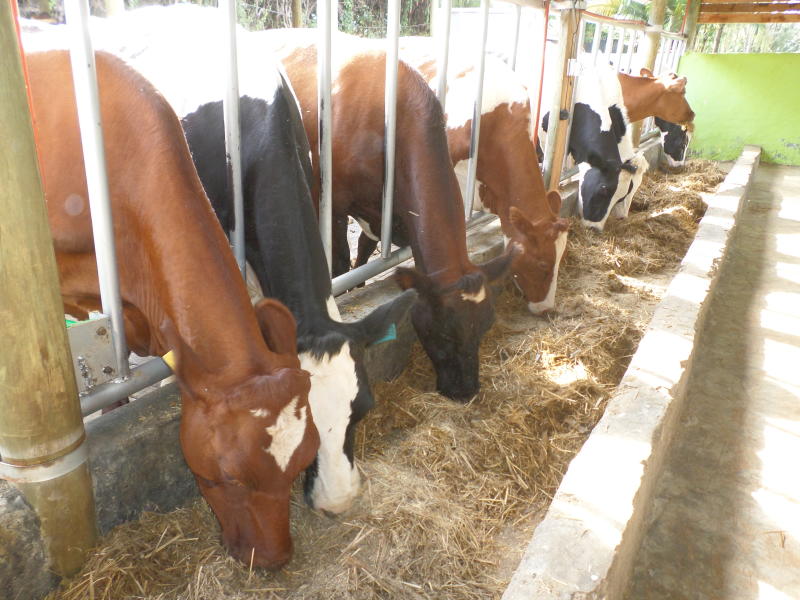 I had three dairy crosses under zero-grazing. One morning in February this year, I woke up to an unbelievable sight. I found one of the animals dead. I was shocked and immediately called in the person who had been treating them. He is not a vet since this area is a bit remote and we do not have properly trained people who treat our animals.

The animal was very fine the previous evening; we had even milked it and there was no reduction in production. I called in a vet later that day because I suspected the animal had been poisoned, but after operating on it, the vet said there were no signs of poisoning.

He said the animal was likely hit by thunder. He showed me a nearby tree whose bark had been peeled off and said the tree could have been hit and transmitted the current to the animal. I never thought this was possible. I still believe that my animal was poisoned. What is your take on this?

Dear Tobiko, thank you for reaching out to us through your question, which is good as it will serve to educate other farmers. I’m sorry for losing your animal. First of all, it is always good to seek veterinary services from trained animal health assistants and veterinary doctors.

Sudden death is a common finding in livestock and it can be caused by many things, key among them certain diseases, poisoning (malicious or unintentionally when the poison is ingested accidentally through contaminated feeds, or when the animal gets in contact with  poison). There are many poisons, both artificial and natural ones, found in plants.

Electrocution by naked live electric wires in the animal’s unit is another cause of sudden death. When electric wires are left hanging in the open, animals can chew them or step on them and in the process get electrocuted. The latter is unlikely since you have not mentioned having electricity connected to your unit.

Lightning strike can affect livestock and it causes injury and death. It easily affects cows because sometimes they are left outside in storms. Depending on the level of injury, supportive treatment will work. However, when injuries are severe, the animal can be killed humanely.

Burn marks on the carcass are more commonly found on the inner sides of the legs, although rarely much of the body may be affected. Damage to the immediate environment may be seen. Sometimes tall trees can be hit by lightning and transmit the current through its root into the wet soils and through nearby animals in contact with the ground. This must have been the likely cause of your cow’s death, otherwise called ground current. During postmortem, the vet will rely on the picture of the lining of the respiratory tract and the presence of large blood clots in the trachea.

Diseases that cause sudden death include anthrax, blackleg acute bloat, and lead poisoning. All these will have postmortem lesions that are indicative of the cause.

To prevent lightning strike, you can keep animals indoors just before and during storms. You can also make the dairy unit in a way that it is able to cut ground current by good roofing that keeps the inner areas dry and hence not conductive.

(Dr Othieno was the vet of the year in 2016 and works with the Kenya Tsetse and Trypanosomiasis Eradication Council (KENTTEC). He can be reached via email – [email protected])