News
By Boniface Gikandi | 1 year ago

Farmers in Murang’a who delivered cherry to the country’s largest coffee miller more than a decade ago have finally been paid.

Members of Karuhiu Utheri Farmers’ Co-operative Society Ltd had cause for celebration after receiving Sh9,618,607 for cherry delivered in the 2008/2009 financial year.

Morris Gitau, a manager at the society, confirmed that farmers had been paid Sh25.55 per kilo.

“The debt is behind us and farmers have renewed confidence in the organisation and are focused on increasing production,” said Mr Gitau.

The delay, which affected a number of coffee societies across the country, was occasioned by the collapse of the Kenya Planters Cooperative Union (KPCU).

Many farmers had given up hope of getting even a single shilling until the government inaugurated the New KPCU and injected Sh300 million to restructure the company.

Out of the money, Sh204 million was allocated to secure property, including buildings, attached by Kenya Commercial Bank over outstanding debts while another Sh68 million was set aside to clear growers’ dues.

But before any payments could be made, liquidators first had to verify the financial documents supplied by various cooperative societies that had laid claim to the money.

The Standard learnt that by Friday last week, the liquidators had paid Sh26 million to 18 coffee factories whose details had been verified.

Acting Commissioner for Cooperative Development Geoffrey Njang’ombe, however, said Sh50 million had already been paid to cooperatives and estate farmers.

“The payment is being made by liquidators attached to the defunct KPCU after the government injected money through the State Department of Cooperatives,” said Mr Njang’ombe.

Edward Kamau, a Karuhiu society member, recounted the suffering that farmers had gone through as they pursued the long overdue payment.

“We have dissolved several management committees over failure to pursue the debt. We thank the government for the gesture to revive the coffee sector,” said Mr Kamau.

In January, President Uhuru Kenyatta appointed Henry Kinyua as chairman of the rebranded KPCU and tasked him with overseeing the revival of the farmers’ union that was brought to its knees by mismanagement.

During a recent tour of Thanga-ini in Kigumo constituency, Mr Kinyua implored farmers to have confidence in the strategies employed to streamline the sector.

“There are more than 40 societies that have contracted the New KPCU as their miller,” said Kinyua, adding that the company has milled 159 tonnes of coffee from cooperatives and estates, which is ready for market.

By Osinde Obare | 3 days ago 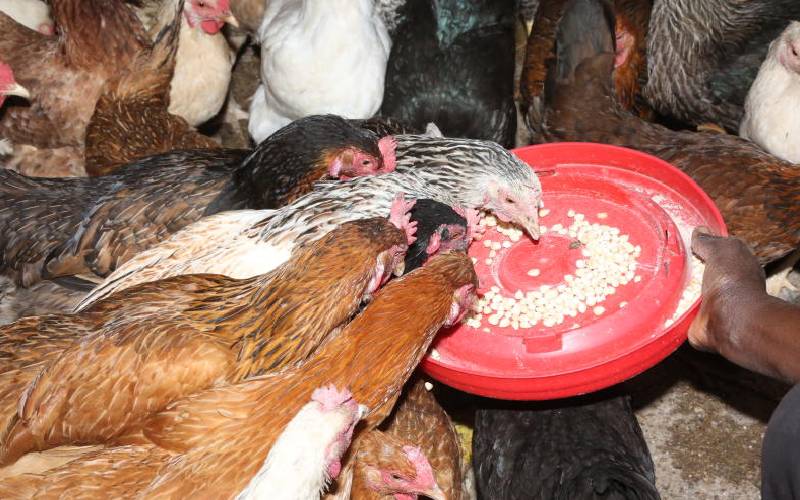