Why experts are worried about shortage of certified potato seed

Kenya is currently experiencing a shortage of safe seeds for its second-best staple food – potatoes.

Agricultural experts claim the shortage is driven by increased demand for potatoes by industries that process the tuber into various products.

According to industry estimates, the annual production of certified potato seeds stands at just 4,000 tonnes against an annual demand of 100,000 tonnes.

Research points out cause of poor Irish potato yields

“The developments in the agro-processing sector have created the shortage because we are transiting from an earlier regime where potatoes were simply grown as a tableware crop,” said Esther Kimani, the managing director of the Kenya Plant Health Inspectorate Service (Kephis).

Dr Kimani said they had approved the importation of 284 tonnes of potato seed from Ireland, France and Netherlands, adding that she expected a spike in applications for overseas shipments into the country.

The Kephis head said with good prices for the tuber, more farmers had realised the need to use certified seeds for higher production and disease resilience.

Twiga Foods CEO Grant Brooke said importation of vast quantities of potato seeds appeared to be the only viable option because of lack of sufficient tissue culture facilities.

Mr Brooke concurred with Dr Kimani that changes in use patterns of the tuber had spurred demand for high production certified seeds.

The experts noted that potatoes had become more popular as demand for crisps and frozen chips continued to rise.

“Importation is not a bad thing. And because this crop is not native to Kenya, every crop grown here has been imported at some point,” said Brooke.

According to Brooke, Kenya only has 60 varieties of potato seeds, compared to Peru, where the tuber originated, which has over 1,200 varieties.

The CEO also attributed the crisis to the dominance of the Shangilia (popularly known as Shangi) variety, saying it is a difficult potato seed to store because it sprouts almost immediately.

Kitilit arap Maritim, a farmer in the Rift Valley, said although Shangi was a high production variety, farmers who grow it experience huge post-harvest losses.

Wilson Songa, a former Government technocrat who is now a consultant, said the production of potato seeds should be taken seriously.

Speaking at the Sixth Devolution Conference, during deliberations on agriculture, Dr Songa suggested that the solution may lie in roping in more smallholder into seed multiplication.

“We have already been told by Nyandarua Governor Francis Kimemia that his county, which produces 65 per cent of the national potato harvest, is facing a quality seed problem,” said Songa.

Trans Nzoia Governor Patrick Khaemba, however, said it was difficult for small-scale farmers to be involved in seed multiplication because it required clearly segregated fields to avoid contamination. Farmers, he noted, lacked these land parcels.

Kimani noted that more farmers should be encouraged to venture into potato seed production, which was well-paying. “A farmer can harvest between 180-250 bags per acre and earn Sh3,000 for every 50kg bag.”

“Farmers need to sterilise their equipment and tools. Our stringent inspections require them to organise into groups so that they can share the costs,” she said.

The Kephis MD said potato seed importation was a high-risk business and her department was keen to ensure that consignments with viral potato nematode and bacteria wilt infection did not find their way into the country.

“Those are diseases for which the potato crop has zero tolerance so we are keen to ensure that imports do not pose a threat or wipe out the varieties currently grown in the country,” she said.

By Georgy Mike | 2 weeks ago 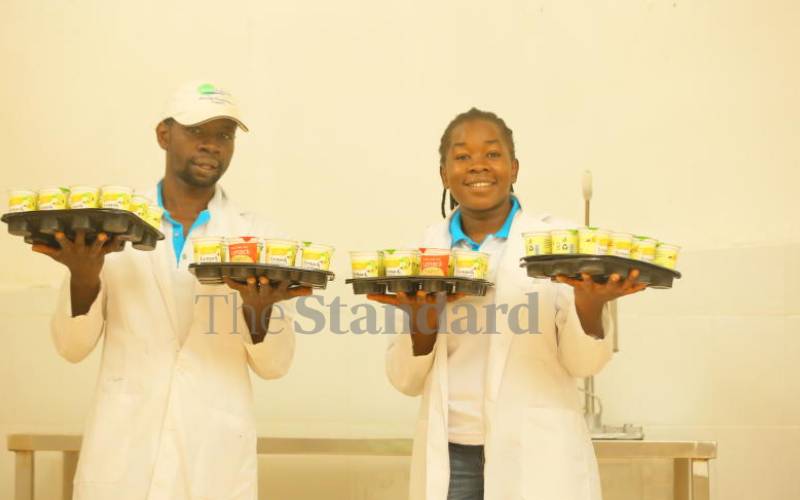 By Edwin Nyarangi | 4 weeks ago