Farming is not a walk in the park and there are times it gets too hot to handle. Despite the challenges, the secret is to soldier on. One farmer knows this too well. Ruth Wangari, a butternut farmer in Lanet has been in the business for the past two years and she has seen the good and bad times.

“I have been into butternut farming since 2017 and it’s been quite a journey. It has good and bad season but it’s worth the time and effort,” says Wangari.

Since she started, market has been an issue but somehow she survives. Marketing the produce remains the main challenge for her and other farmers as middlemen fleece them.

Farm gate prices in Nakuru range between Sh8 and Sh10 per kilo and may drop depending on the distance from the available markets.

“I once tried to directly supply the produce to the market only to encounter a roadblock. Traders have specific brokers who supply them giving them an edge over the farmers. I had to sell my produce at a throw away price,” she says.

She adds that since the exit of brokers she knew, it has been a struggle to get her produce bought by other traders and middlemen.

At the moment, Wangari has over one tonne of the fruits at her store and she is waiting for prices to improve before she can sell. But even as she waits, her biggest concern is continued loss of weight.

“I now sell in small quantities to residents at a slightly lower price with an aim of clearing my store. It is my hope that the market demand will shift in favour of the farmers before they go bad,” she said.

Her story is similar to that of other butternut farmers in Solai, Subukia Sub County where the crop is grown by many.

Market issues aside, Wangari says she has stuck with butternuts because they are a fairly easy crop to grow. She grows the crop on her one acre farm. Her farm is fertile and there was no need for fertiliser from the onset.

“All the expenses I incurred add up to at least Sh20,000 from planting to harvesting. Land preparation and labour constituted the largest portion of the expenses,” says Wangari.

How she did it

There are two varieties of butternut squash that farmers can plant — Waltham and Atlas F1. Waltham variety matures 90 to 100 days after transplanting and can yield five to six tonnes per acre. Atlas F1 variety when mature yields fruits weighing two to three kilos each with potential yields of 12 to 18 tonnes per acre.

After ploughing, the seeds are planted in holes between a metre and 1.5 metres apart to give room for runners on which the flowers and fruits will be produced.

“Some runners produce three to five fruits and the first harvest is usually the peak of the crop. It takes three months for the crop to mature,” says Wangari.

Butternuts are naturally disease resistant but the most common disease is gummy stem.

“I rarely use chemicals unless I see signs of disease. My crops were attacked once but with the assistance of an agricultural officer I managed the situation.”

How she did it

The disease also reduces the period which the affected fruits can be stored.

Wangari adds that the productivity of the crop mainly depends of the leaf area with those producing smaller fruits producing more fruits.

“I have tried both the smaller fruits and the larger fruits but the tonnage is almost similar. It however depends on the size of the leaves that make the food to be stored in the fruits,” says Wangari.

The crop takes three months to mature. Wangari harvests between two and three tonnes per season translating to between Sh20,000 and Sh30,000.

“The harvest reduces in subsequent seasons. If taken care of properly, one can harvest from the same crop up to five times or even more,” says Wangari.

“Butternuts are a high value crop and perishable. After two weeks of harvesting they start losing value. Within a month of storage, they go bad. Owing to this short shelf life, farmers should ensure they do proper market survey to avoid post-harvest losses,” notes Jeptanui.

To prolong shelf life, Ms Jeptanui recommends harvesting at the correct time, proper cleaning and sorting of the fruits and ensuring part of the stem is still attached to the fruit.

“When harvesting at least two inches of the stem should remain intact to the fruit for it to be stored longer. Those bruised, cut or have their stem removed should be eaten as soon as possible since they can’t be properly stored.”

The butternuts are a rich source of nutrients especially for children. Adults also consume them in chapati, porridge and some people grind their seeds for medicine.

‘My secret to growing bananas that are taller than me’ 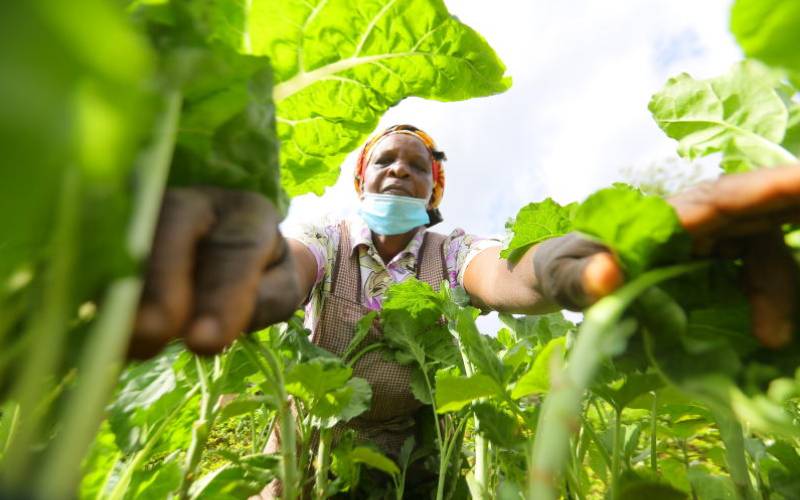 By African Food Fellows | 2 days ago 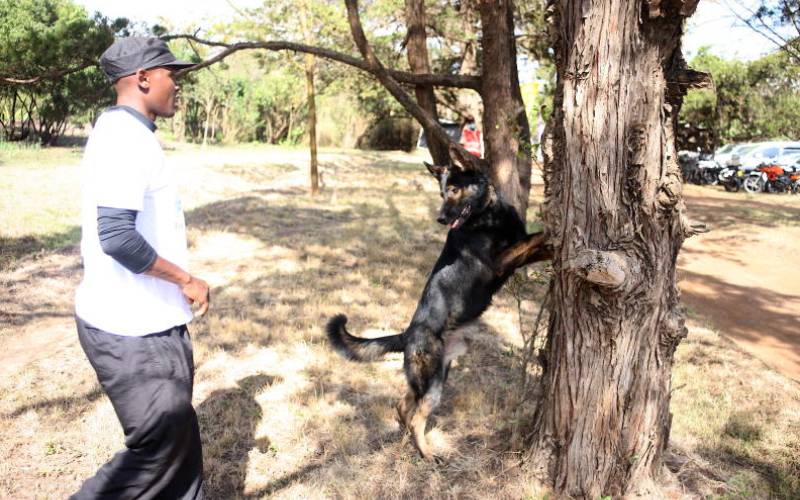