Smart Harvest
By Reuters | 3 years ago 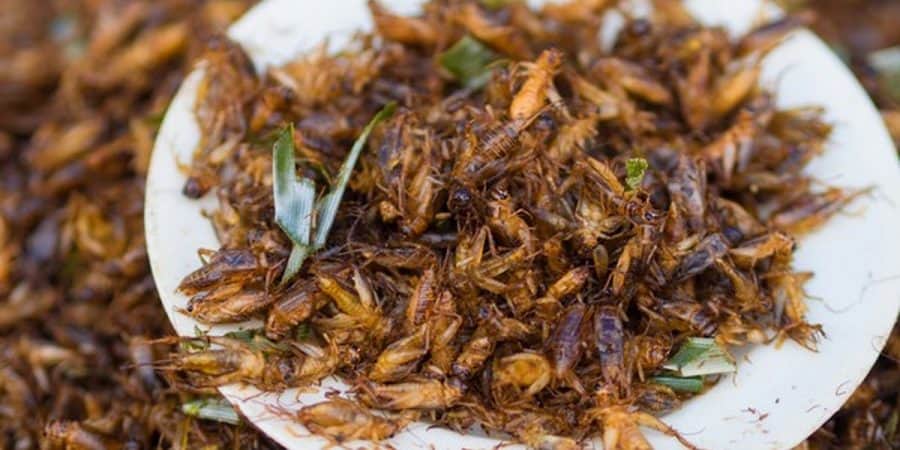 It used to be that two sorts of people in this part of western Kenya ate crickets: the hungry, and singers who believed consuming the chirping insects would improve their voice.

Times have changed. In recent years the business of rearing insects for human consumption - known as entomophagy - has begun to take off in Kenya.

That’s in part because there is more interest in alternative, sustainable sources of protein as climate change, population growth, and intensive farming and grazing increase pressure on land and water, according to experts at the International Centre of Insect Physiology and Ecology (ICIPE), a Kenyan-based research body.

Ex-motorbike-taxi-driver Rogers Oduli is a former six-legged food sceptic. Now he works at one of the largest bug farms in Kisumu, the region’s main city.

“These are the pinheads,” he said, lifting the lid on a plastic box of baby crickets to show hundreds of black dots bouncing around on green leaves.

“We give them kale, for vitamins,” he said.

Like many his age, 26-year-old Oduli once regarded insects as inedible, and believed eating them was a tradition that had died out with his grandparents. No longer.

After two weeks on the job, he sampled the crickets - which are sold dried and whole in bags, or ground up and used in breads and sweets at the farm shop - and was converted.

“They taste sweet to me, and they’re nice because they’re high in protein and make me feel good,” he said.

Many insects are nutritious and a good source of protein, vitamins, minerals and healthy fats, the FAO notes.

The increased interest in insect-farming comes as global population growth and an expanding middle class have raised per capita meat consumption by 50 percent over four decades, fueling fears of a protein pinch.

In rich nations, eating insects is becoming less taboo. And in poorer countries - the ones often increasingly bearing the brunt of climate change - startups and charities are reviving centuries-old customs of eating insects, or getting them into diets for the first time.

Over the past five years, a joint Dutch-Kenyan-Ugandan initiative called the Flying Food project has worked to get more than 1,000 people living around Lake Victoria in Kenya and Uganda to become cricket farmers or consumers.

The aim is to improve wealth and health in places where farming is already suffering due to land degradation from climate change and overuse, said Kenya coordinator Phoebe Owuor.

“We soon might not have enough soil to even grow food, let alone keep animals, because we have destroyed it,” Owuor said.

“In the next 20 to 30 years, we might not even have cows, and we will have to depend on insects.”

Backed by Rafode, a micro-finance institution, the project has provided 100 farmers around Kisumu - and another 100 in Uganda - with an $800 loan each to cover equipment, a starter stock of parent crickets and training over the first year.

Among the farms supported is the one where Oduli works - and another 100 farmers in Kenya will have loans by the end of October, project backers say.

Typically, a farmer can expect to produce eight kilograms of crickets monthly, worth 700 Kenyan shillings ($7) per kilogram, said Beckers - although yields over the past year have been lower due to disease and flooding.

Andrew Magunga farmed crickets in buckets for years before he joined the project and began to rear in crates what he believes is the food of the future.

“I studied the food chain and realised that soon our lake will be depleted - (and) fish is the main ingredient for our food and animal feeds,” he said.

Magunga earns up to $400 a year harvesting crickets, a job that takes him a few hours each day, and another $1,000 annually working part-time in information technology at a college.

“You need one kilo of greens to produce one kilo of cricket, and with a cow it’s about ten times that amount, so that’s the biggest advantage related to (climate) change,” said Beckers, who is based in the Netherlands.

“People will keep their crickets alive during a much longer period of time during drought, and so what we’ve done is set up a new form of livestock.”

In recent years, farming six-legged food has evolved from research and charity projects to a commercial venture, said John Kinyuru, a food expert at Jomo Kenyatta University of Agriculture and Technology (JKUAT) in Nairobi.

“People from the Nairobi and Central region and around Mount Kenya are getting more interested,” said Kinyuru, who is known as ‘the insect hunter’.

JKUAT has trained 1,000 Kenyan farmers in insect farming over the past five years, although just 20 percent are producing due to the impact of a crippling disease that hit crickets last year, compounding a range of startup difficulties.

“We fed school-going children for six months with porridge made from crickets, and we collected stools over the period, and there is clear shift of microbial diversity from when they started,” Kinyuru said.

After the Flying Food project donated a cricket farm in 2015 to her shelter in Kisumu for women and orphans, Gundo started adding ground crickets to the weekday porridge and Sunday buns.

Before the addition, some of her charges “were malnourished, some were bedridden,” she said. But afterward, rashes disappeared, anaemia declined and mental health improved.

“Now there’s no one bedridden,” she said.

Gundo, 73, said it was time to promote insects as a miracle meat-substitute for the poor - to bring back the food of her ancestors to help future generations.

But the myth that eating insects helps people sing better needs to go, she said.

"Those who were singers, they were eating a lot of crickets for their voice to become clear - and it worked. But that was just psychological," she said. 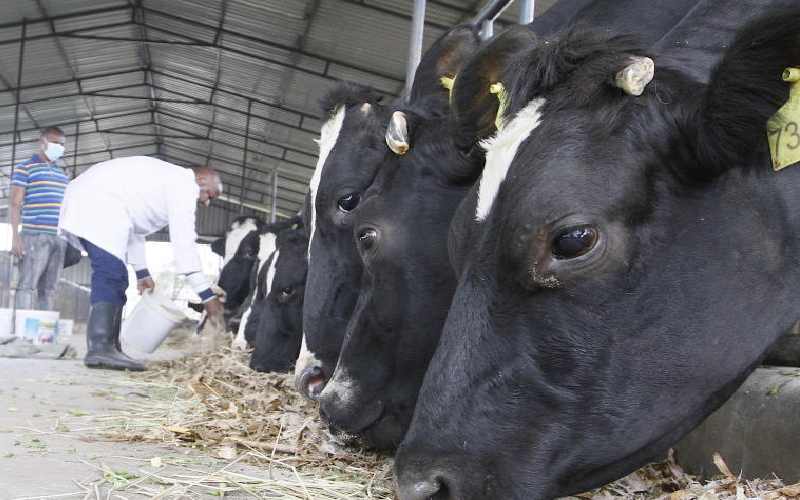 By Gardy Chacha | 13 hours ago