Inside Sh1 trillion that makes Safaricom the top taxpayer

Safaricom has consistently been feted as the top corporate taxpayer in Kenya. But how much money does the government get from the telco?

The telco, in the financial year ended March 2022, remitted Sh124.7 billion in duties, taxes and license fees to the government.

The latest payment increased the total duties, taxes and fees paid by Safaricom since inception to Sh1.04 trillion. This excludes the dividends that government receives for its 35 per cent stake in the telco.

Safaricom was founded in 1997 as a fully owned subsidiary of Telkom Kenya before a 40 per cent acquisition by Vodafone Group in May 2000, and a public offering of 25 per cent shares through the Nairobi Securities Exchange in 2008.

Here are the duties, taxes and license fees paid by Safaricom as well as dividends given to the government in the last 11 financial years. 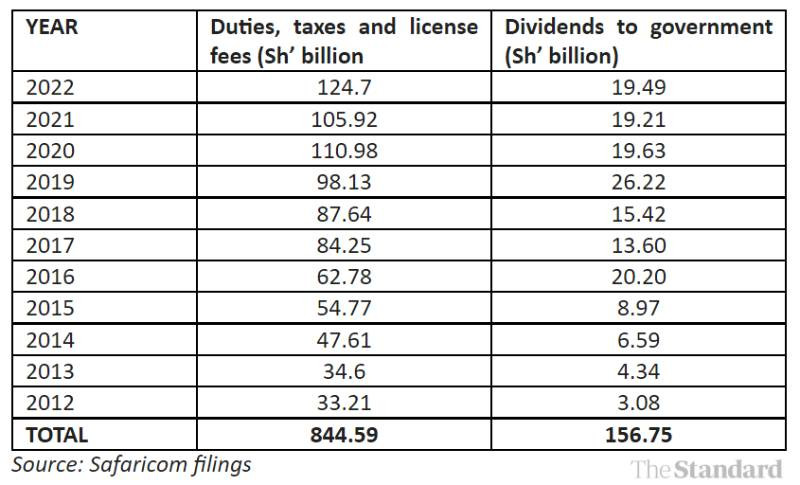 By AP 20 mins ago
Germany: 25 arrested on suspicion of planning armed coup