Ukraine-Russia war: What you need to know right now

Washington's top diplomat and its defense secretary pledged advanced weapons to Ukraine and a return of U.S. envoys to Kyiv on the first official U.S. visit to the country since Russia invaded two months ago.

The following reports could be immediately verified:

* Ukraine reported more Russian offensives to take full control of the Donbas - the eastern Donetsk and Luhansk regions, partially held by Russian-backed separatists since 2014 - and to link them and Crimea, which Moscow annexed in that year.

* Ukraine's general staff said Russia was shelling its second biggest city, Kharkiv, in eastern Ukraine and towns and villages to the south but that Ukrainian forces had staved off assaults on three settlements. In the southern Mykolaiv region, governor Vitaliy Kim said the Ukrainian military had destroyed 13 Russian units.

* One person was killed and seven wounded in missile strikes on the Kremenchuk oil refinery and power plant in the Poltava region southeast of Kyiv, regional governor Dmytro Lunin said.

* A large fire broke out at an oil storage facility in the Russian city of Bryansk, 154 km (96 miles) northeast of the Ukrainian border. There was no immediate indication the fire was related to the war in Ukraine.

* Britain said Russia had made minor advances since shifting its forces to fully occupying the Donbas but that Moscow's focus on Mariupol's Azovstal steel plant had exhausted and tied up many Russian units.

* Ukrainian prosecutors said 215 children had been killed and 391 wounded so far the war.

* U.S. officials said Secretary of State Antony Blinken and Secretary of Defense Lloyd Austin pledged new assistance worth $713 million for Zelenskiy's government and other countries in the region.

* "In terms of Russia's war aims, Russia has already failed and Ukraine has already succeeded," Blinken told a news briefing in Poland after the two officials returned from the meeting, which ran three hours instead of an allotted 90 minutes. 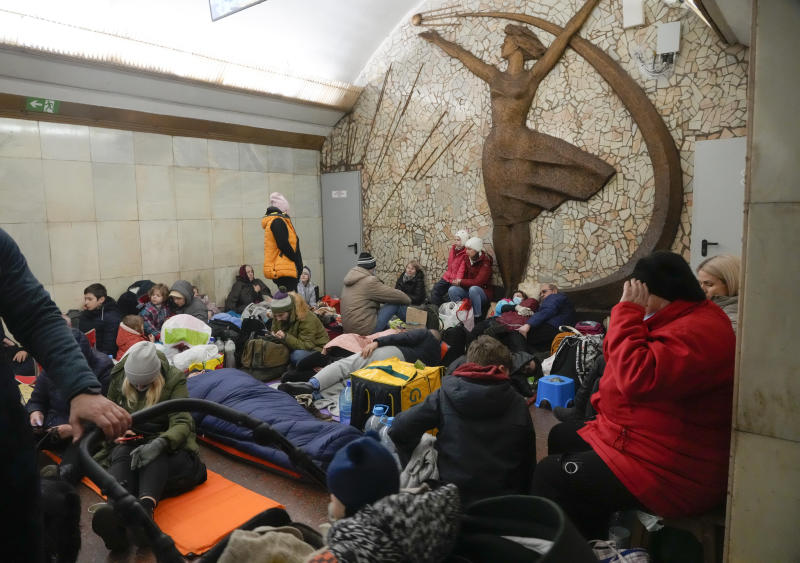 World should unite on Ukraine and all other victims of aggression
The world is in uncharted waters because Russia is a military and nuclear power capable of launching missile strikes on global targets.
Opinion
By Demas Kiprono
5 months ago
.