Little Ukraine lonely in proxy war between big powers of US, Russia

By Macharia Munene | 5mos ago

The happenings in Ukraine, in which Russian has taken over the country, is not about Ukraine, it is about global power dynamics involving the United States and Russia.

Both powers are reasserting themselves from recent perceived weaknesses. While Americans recover from Donald Trump’s self-doubts, Russians recover from the trauma of the collapsed Soviet Union.

Americans over celebration was deep humiliation for Russians. Ukrainian leadership is unaware that Ukraine is simply a proxy. Paradoxically, when perceived interests converge, the two collaborate at the expense of lesser powers.

They collaborated in the founding of Israel in 1948 and they humiliated France and Britain in the 1956 ‘Suez Crisis’ thereby ending British sense of imperial grandeur. There are international relations lessons to be learned from this tragedy in Europe. First, is the need for leaders to be sensitive to the security concerns of neighbours or other countries.

Second is to avoid being lured into disasters through candy-like geopolitical promises. The two lessons call for the countries concerned to develop ‘grand strategies’ that take into account the likely negative consequences of poorly thought out policies.

Two meetings in Beijing roughly 34 years apart, in 1989 and 2022, between China and Russia illustrate power thinking. In a May 1989 Beijing meeting, when both countries were facing crises, Chinese leader Deng Xiaoping was bemused by Soviet leader Mikhail Gorbachev talking the language of the West, as if to lecture Deng.

They parted company, each to face his own crisis. In June 1989, Deng crushed demonstrators at Tiananmen Square who were challenging the authority of the Communist Party. Gorbachev went on to oversee the collapse and fragmentation of the Soviet Union. The new little countries looked up to the West as the patron.

In February 2022, Russian President Vladimir Putin travelled to Beijing and met China’s President Xi Jinping. The two advised Western powers not to advance their NATO activities into Ukraine. Russia has long considered NATO an inherent threat, going back to 1989.

Before agreeing to dissolve the Soviet Union, Gorbachev entered into an agreement/understanding with US President George H W Bush that NATO would not expand into Eastern Europe. Things changed when Bill Clinton became president.

With the Russians down and humiliated, Clinton ignored warnings of likely consequences and started advancing NATO into Eastern Europe. Other presidents followed suit ignoring Russian security concerns. The consequences are the happenings in Ukraine. Xi understands Putin’s security dilemma.

The position that each country takes involves an element of both ‘bravado’ and realism; often bravado giving way to realism. Those advising and pushing Ukraine to ignore Russian security concerns also recoil when they see the extent which Russia is willing to go.

In giving the reasons for his escapades in Ukraine, Putin listed a series of Western/NATO misdeeds, including misleading the UN in order to destroy Iraq and Libya. Russia would not allow such threats to develop along its border.

When Ukraine and NATO reportedly sent messages to Putin making it clear that additional talks were meaningless, that was ‘bravado.’ When Putin put in Russian forces in Ukraine, however, ‘realism’ set in. Ukraine is alone and none of the countries egging it on would send troops and chance self-destruction.

The world is already feeling the negative consequences of the tragedy in Ukraine. Serious economic dislocations are taking place as inflation shoots up globally. Cargo ships already avoid ports around the Crimea and the Black Sea and this affects global trade.

Kenya is likely to feel the pinch due to rising oil prices which cascade to other areas and the trade with both Russia and Ukraine is also adversely affected. Although Putin, miffed by Martin Kimani’s UNSC statement, bilateral Kenya-Russia political relations will hardly be affected.

To some extent, Russia imitates the US in being abrasive. The Roosevelt Corollary to the Monroe Doctrine and the Truman Doctrine gave the US self-justification for beating up little countries just because they deviate from presumed American lines.

Americans overthrew Mosaddegh in Iran, Arbenz in Guatemala, Allende in Chile, Bishop in Grenada, Mosi in Egypt, and Gaddafi in Libya. Their logic is the one attributed to Henry Kissinger about the foolishness of voters not being allowed to jeopardise US interests.

Similarly, fear of the ‘foolishness’ of leaders in neighbouring countries jeopardising security interests explains Russian behaviour. It happened in 1956 when Radio Free Europe misled Hungarians to believe they would get American help if they defied Moscow. Hungarians were alone when Soviet tanks rolled through Budapest. Similarly in 1968 when Czechoslovakia showed defiance, Brezhnev’s ‘doctrine’ declared that any threat to socialist rule anywhere in the Soviet zone was threat to all.

Small countries often find themselves as proxies in geopolitical power play and Ukraine is one such proxy in the power/ideological conflict between Russia and the US. Although both powers are on ‘recovery’ mode and do not want to display weakness, they are also realistic.

None wants itself or its major cities to disappear from the earth by way of nuclear weapons exchanges. Both know how far they can go in provoking each other and then stop just at the brink. Each knows where to stop in Ukraine.

Ukraine is thus tragic because it did not know itself and its environment  and that encouraged it to stop being realistic, to indulge in borrowed idealism, and to allow itself to be lured into disastrous self-deception. 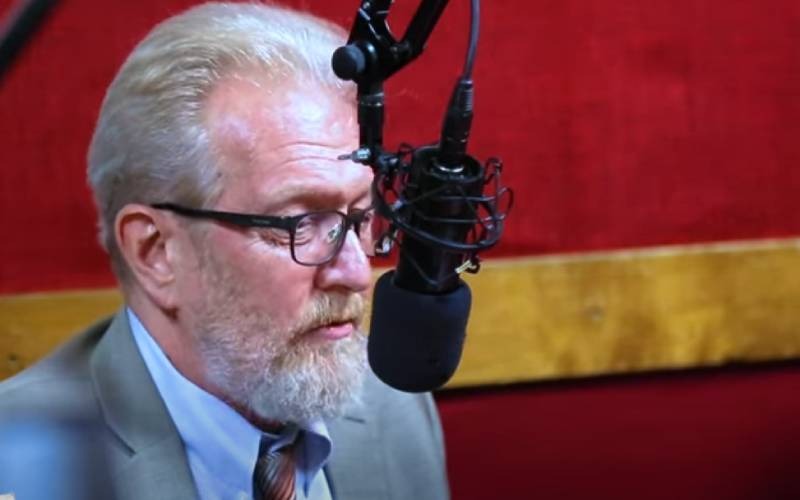 Premium Health: Why is everyone in glasses?
Health & Science
By Valentine Zablon
1 hr ago
Premium Why the media is reckoning with a trust-deficient Kenya
Andrew Kipkemboi
By Andrew Kipkemboi
1 hr ago
Premium Raila Odinga beats William Ruto in the battle for Nairobi parliamentary seats
Nairobi
By Jacinta Mutura
1 hr ago
VAR denies Man but not Bayern in 2-0 win over Wolfsburg
Football
By Associated Press
1 hr ago
.