Boris Johnson, from relaxation to coronavirus to hospitalization 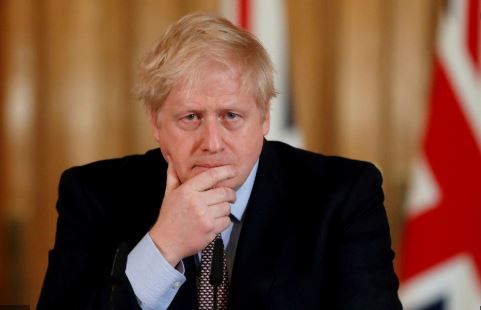 A month ago, Boris Johnson (above) casually approached the new coronavirus crisis and claimed to continue "shaking hands with everyone". Since Monday, the British leader has been hospitalized in intensive care.

On March 3, at a press conference, the 55-year-old Conservative Prime Minister boasted: he "shook hands with everyone" while visiting a hospital where Covid-19 patients were staying. And he will continue to do so, he boasts.

Two days later, the United Kingdom announces its first death, while the epidemic, which started in China, continues its deadly progression across the planet.

On March 12, Boris Johnson called the pandemic "the worst public health crisis in a generation" and warned that many Britons would lose loved ones.

But the approach of his government continues to clash with the radical measures taken by other countries in Europe, where confinement is in place and schools are closed.

In front of the press, Boris Johnson repeats his recommendation to wash your hands well - he does it himself "the time it takes to sing + Happy Birthday + twice".

For people over 70, considered to be the most vulnerable to coronavirus, he simply advises not to go on a cruise.

The strategy of wanting to favor the emergence of "collective immunity" rather than confining the British is controversial.

Faced with the multiplication of critics, and especially after an alarmist scientific study announcing hundreds of thousands of deaths if no measure of social distancing is taken, the government begins to change its rifle.

On March 16, he asked the public to avoid all "non-essential" contact and travel, by promoting telework. But the order to close schools, pubs, restaurants, cinemas and gyms did not come until a few days later, on March 20.

On March 23, Boris Johnson ended up speaking to the population on television: confinement was decreed for three weeks. However, he and some of his ministers continue to attend meetings in person.

Johnson has been in charge since his forties

Four days later, Boris Johnson takes everyone by surprise by announcing that he has been tested positive for Covid-19. He wants to be reassuring: the symptoms are "mild" and he continues to run the country, using the Zoom application to manage meetings since his forties in his apartment in Downing Street.

The leader appears however marked and weakened in video messages which he posts on Twitter where he urges the British to stay at home.

On March 31, he tweeted a photo of the first cabinet to ever be conducted online. And last Thursday, he appeared on the threshold of his official residence to applaud the country's nursing staff.

But questions are increasing about his state of health and his ability to still assume his functions. Especially since after the seven days of isolation recommended by the British authorities, he must extend because the fever continues.

On April 4, her thirty-something fiancée Carrie Symonds, pregnant, revealed that she was on the mend after having developed symptoms of the disease.

Boris Johnson is not so lucky. Sunday, just after an exceptional television intervention by the queen where she encourages the British to resilience, the new shock falls: the Prime Minister is hospitalized "as a precautionary measure", because of the persistence of his symptoms, a fever in particular.

Twenty-four hours later, he was transferred to the intensive care unit of a hospital in central London, a sign of the seriousness of his condition.

He has received oxygen but is not on a respirator, according to the government.

Previous article
Zero deaths in China, a first since the start of the epidemic