This as the High Court yesterday dismissed her latest attempt to remain in office.

Mwonya has been challenging the university's attempt to send her on terminal leave over allegations of gross misconduct pending the expiry of her contract.

Yesterday, the council, in a memo signed by Chairman Hukka Wario, announced for the second time the appointment of Isaac Kibwage as the acting VC.

"In exercise of powers vested in it under the Universities Act as amended in 2016, the Council has the honour of appointing Prof Kibwage as the acting VC for Egerton University with immediate effect," the memo read.

Mwonya's term officially began on January 13, 2016 after her appointment by then Education Cabinet Secretary Jacob Kaimenyi in October 2015.

As the council announced her retirement yesterday, she was back in court, which has saved her job at least twice before. However, this time, Justice Hellen Wasilwa of the Employment and Labour Relations Court in Nakuru dismissed her application challenging the university council's decision to retire her this month.

Justice Wasilwa ruled that Mwonya’s application had already been heard and determined by another court of a similar jurisdiction.

She ruled that it would thus be an abuse of the court’s jurisdiction to reopen a case that had already been heard and determined. 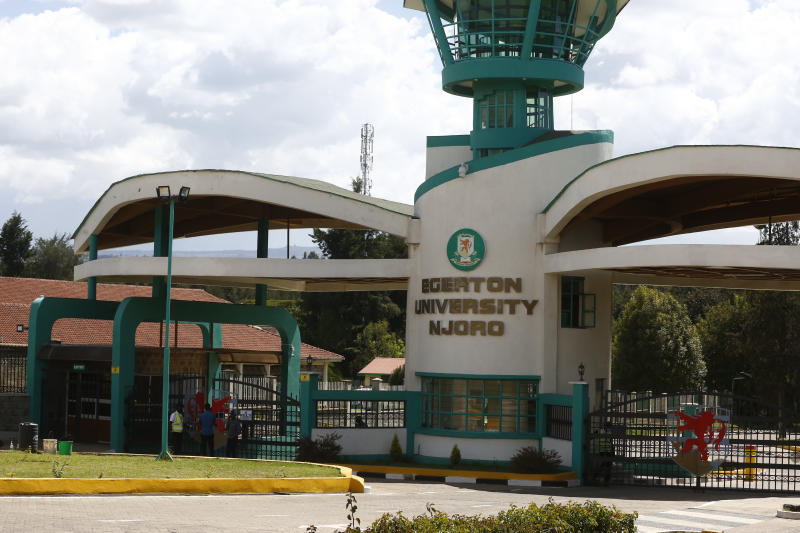 Wasilwa noted that Judge Monica Mbaru had rendered a final judgement on May 15, 2019, in a matter related to Mwonya's application.

“The matter became devoid of any other decision over the same application,” she ruled.

“It would be unlawful to reopen this case on entirely different issues and render a fresh direction on the same.”

Mwonya had accused the council of usurping the power of the Education Cabinet Secretary by sending her on retirement yet it was not the appointing authority.

The outgoing VC has been seeking renewal of her contract for another five years. Yesterday, she could not be reached for comment on the new developments.

The Standard established that her official vehicle was on Wednesday morning withdrawn and her personal items removed from her former office.

Hukka, who was present during the exercise, welcomed Kibwage and called on staff, students and other stakeholders to accord him full support.

"We thank former VC Rose Mwonya for her service following her retirement as a professor on attaining mandatory retirement age of 70 for professors on 20th June 2020 and expiry of her contract as Vice Chancellor on 12th January 2021," said Hukka.

"The Council accords her its best wishes, respect and kind regards for the future and looks forward to her continued support to Egerton University as Alumnus."

The expiry of Mwonya's term before taking her terminal leave now leaves the university at the mercy of the terms of her contract with the university as provided for in labour laws.

According to lawyer Kipkoech Ngetich, Mwonya may seek extra payment from the university for working until the last day of her contract as compensation.

“Ordinarily a person should take a paid terminal leave months to their retirement. In Mwonya’s case it depends on the wording of the contract. She might be paid or forfeit the extra days she was still actively in office,” said Ngetich.

Mwonya’s exit was celebrated by the university staff who on December 2 sealed off her office, demanding that she takes her terminal leave and pave way for Kibwage, whose appointment was first announced on November 20.

Following allegations of procurement malpractices that led to loss of millions of shillings and interference with students records, the university council on September 7, 2018 sent Mwonya on a 90-day compulsory leave.

A week later, Mwonya moved to court, terming her dismissal as unlawful and in violation of the rules of natural justice. The court reinstated her in October of the same year and she would later be cleared of the graft allegations.

On November 13, last year, the council directed Mwonya to proceed on terminal leave and hand over her office to Kibwage, who had been appointed as the acting vice chancellor.

The court again came to her rescue, stopping the council from in any way compelling her to hand over the coveted office until her application was heard. This is the case that was dismissed yesterday.

Egerton VC fights decision to have her retire

How Covid-19 turned teacher to shoeshiner

Revealed: How teachers will be skilled to teach your child under CBC