Schools may reopen this year, after all

If you have spent your children's school fees you may want to think about where to get the money back.

This is after Education Cabinet Secretary George Magoha gave the biggest indication yet that schools could reopen before January 2021 if the Covid-19 situation in the country continues to improve.

On a day the government suffered a blow to its plans to implement community-based learning, Prof Magoha said the decision to re-open schools in January is not cast in stone, and a final decision will be made depending on the Covid-19 numbers.

This week, the Health ministry suggested that the country’s Covid-19 graph could be flattening, further heightening expectations that the government could shift its hard-line position regarding resumption of learning. Yesterday, the figures dipped further.

“You’re aware the virus is starting to look like it is going to stagnate…we’re saying should the situation change, we shall be ready and willing to look at the scenario once again in the interest of our children,” said Prof Magoha.

“As far as the government is concerned, ours is to open the learning institutions like yesterday… the bottom-line is our children should be reasonably safe when they return. We’re doing everything possible including ensuring that water sources and sanitisers are available… we’re even in the process of providing masks where it’s possible.”

The CS spoke in Migori when he toured institutions to assess their preparedness to resume learning.

He later toured Kisii County on a similar mission. The government has already hinted that tertiary institutions may reopen in September after implementing necessary health precautions against the pandemic. The government is under pressure to ensure the country has adequate capacity to implement the Competency Based Curriculum, and hiccups in teacher training could have adverse effects on the CBC programme that is still in its rollout stages.

“We are keenly following teachers colleges for September re-opening as they will help train and be ready for trainers of trainees for those who will have the first intake on new curriculum next year,” Magoha said.

He said the decision to stop opening in September and the new one to check on status will consider safety of all learners and teachers.

“We will open learning institutions when we are sure they are safe, we have to ensure water and sanitisers are available and even if it includes providing face masks by government in some cases when possible,” he said.

He said any decision to reopen learning institutions will be "for the interest of our children”.

The country has been on tenterhooks on whether schools should resume, as stakeholders debated the merits of such a decision.

The announcement indicates a softening of stance for the government that has also been under pressure from stakeholders to reopen learning institutions closed at the onset of the coronavirus pandemic.

In Kisii, Magoha claimed the push to reopen was being orchestrated by cartels, some within the ministry. 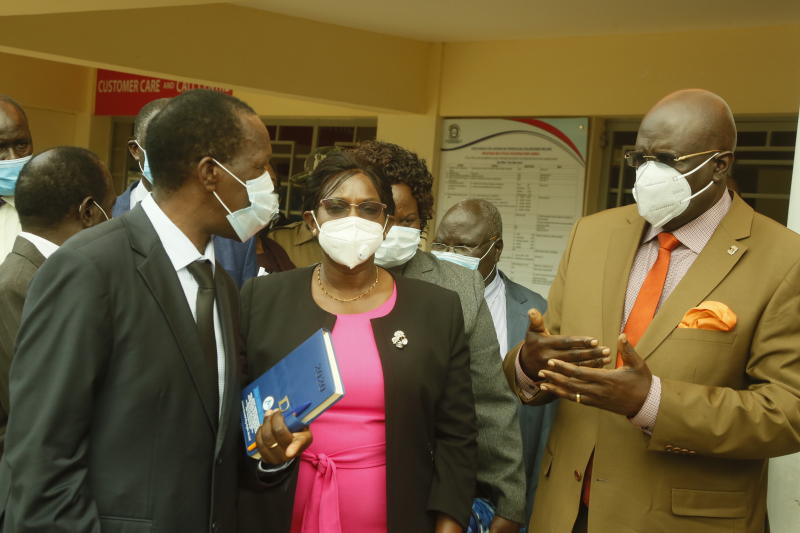 “A temporary order is hereby issued restraining the Education CS whether by himself or through his agents and the TSC from implementing, undertaking or executing the community-based learning across Kenya pending determination of the suit,” ruled Justice Makau.

The parent, Joseph Aura, argued in his petition that it is unconstitutional to continue keeping children at home through indefinite closure of schools while other countries worst affected by the pandemic, have already started reopening their institutions.

He argued that there will be no difference between community-based learning set to commence on September 1 and in-house school teaching as both still lead to children gathering in one place.

Aura said since March 16 when President Uhuru Kenyatta announced closure of all schools in the wake of the Covid-19 outbreak, his three children have suffered psychological torture for staying long at home without any justifiable reason.

According to Aura, the Education CS has continually illegally stated that schools will remain closed until next year without consulting parents, National Education Board and County Education Boards to find a solution for the welfare of children.

“The CS has been violating the constitutional right of every child to free and compulsory basic education. He has deliberately and blatantly sabotaged the rights of millions of children who cannot access education,” he said.

Aura swore that it does not make sense when school children are allowed to attend open air markets, supermarkets, cafeterias and places of worship while being denied access to schools and in-person learning.

His lawyer Harrison Kinyanjui accused the president of usurping powers of the Education CS and the National Education Board to order the closure of schools during his address to the nation on March 16.

He argued that the oppressive psychological and mental torture being inflicted on children will be irreversible unless schools are reopened urgently to allow them continue with their educational development.

“For the CS to direct that all children will repeat their classes in the year 2021 on dubious and unsound reasoning are not only interfering with the children’s mental development but also a violation of their rights under the constitution,” said Kinyanjui.

He said the proposed community-based learning makes no sense since it is not different from in-person school learning as it involves children coming together and interacting with each other.

Kinyanjui told the court that the Ministry of Health has illegally turned learning institutions into quarantine centres for Covid-19 patients and the Ministry of Education should not be allowed to use that excuse as a basis of closing schools.

He said many countries in Africa, including Liberia, Uganda, Congo, Nigeria, Malawi and Ghana, which are also affected by the pandemic, have already announced plans to reopen schools in August.

“All the countries which have reopened schools cannot be said to hate their children and wishing them death. They are acting in the best interest of children which is to ensure they receive education,” said Kinyanjui.

He said Kenyan youth enrolled in learning institutions are the future of the nation and their future will be wasted unless they are allowed back into classrooms to continue with their education. 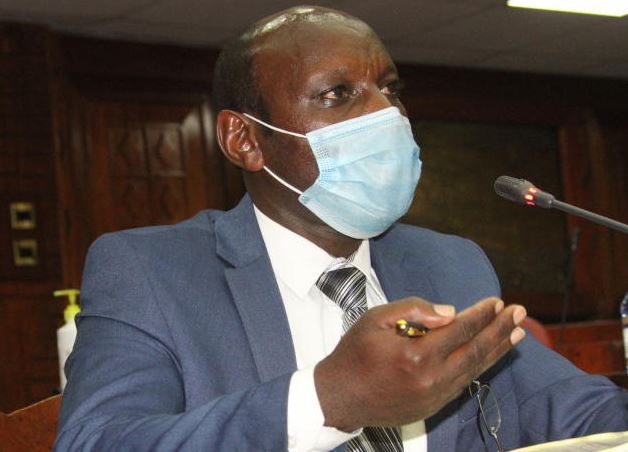