We could reopen schools sooner than 2021- CS Magoha 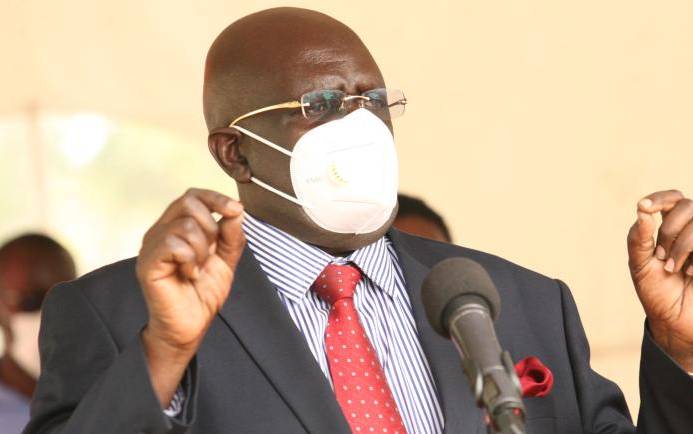 Speaking in Migori County where he met Governor Okoth Obado, Prof Magoha said the ministry was keen on preparations for observation of Covid-19 protocols in schools before it could order the reopening.

He said: “You’re aware the virus is starting to look like it is going to stagnate. We’re saying should the situation change, we shall be ready and willing to look at the scenario once again in the interest of our children.”

“As far as the government is concerned, ours is to open the learning institutions like yesterday. We’re doing everything possible including ensuring that water sources and sanitisers are available. We’re even in the process of providing masks where it’s possible.”

Prof Magoha appeared to contradict his utterances on Monday when he dismissed calls from various quarters to reopen schools. Speaking in Kitale where he was inspecting Kitale National Polytechnic, Magoha said cartels were pushing the government to reopen schools so that they could continue trading with school heads.

"We are aware that these cartels want us to reopen schools for them to continue trading with heads. They should stop persuading us because we know their greedy agenda," he said.

"These brokers are doing everything possible to have the schools reopened. These greedy people are using media to propel their agenda and I'm telling them to stop wasting time because their agenda will not succeed," he further stated.

WHO and UNICEF plea

Last week Thursday, the CS said that he could not risk sanctioning reopening of schools due to the Covid-19 dangers arguing that such a decision could only be made by President Uhuru Kenyatta.

WHO argued that most African children from low income earning families risk suffering from malnutrition for lacking proper feeding they normally get in school feeding programs. WHO said that this and sexual violence pose serious health risks to the African school-going children currently kept at home.

Nonetheless,  CS Magoha termed these as a double standard by WHO and UNICEF saying other countries in other continents have not been asked to reopen their schools.

"Asian counties where the pandemic is worse than Africa countries have not reopened schools. It is a double standard for the agencies to ask us to do certain things," he said.