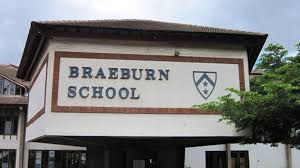 Braeburn School has suspended virtual learning on Zoom. This was after a security breach occurred while learning was progressing.

According to the school management, strangers joined their sessions and portrayed inappropriate content.

Braeburn School is the latest entry into the virtual space of learning for its students having successfully conducted online lessons for the last three days.

In a message sent to guardians and parents the school has been using the Zoom platform and Google Meet to conduct the classes.

"The breaches took place on the Zoom platform and from today, the use of Zoom will be temporarily suspended," said David Dunn, head teacher of Braeburn Secondary School.

The head teacher further adds, "Google Meet security set up is far much stronger and we will be using this for all face to face interaction until we are happy with the security provision from Zoom. "

Online meetings pose various challenges as much as it is the new normal for a majority of the population.

According to the head teacher minority of the students shared the confidential links with outsiders resulting to the security breach.

In an article by the Independent, the huge surge in popularity of Zoom has brought with it a new level of scrutiny.

The US-based firm is now forced to juggle lawsuits and federal warnings alongside the massive strain on its servers brought about by new users.

Further Zoom has also admitted to sharing user data with Facebook through its ‘Login with Facebook’ feature for iPhone and iPad users, but has been discontinued, according to the Independent.

As published by AFP the FBI has so far received multiple reports of conferences being disrupted by pornographic and hate images also threatening language.

In order to avoid being hacked do not share the meeting ID with strangers.