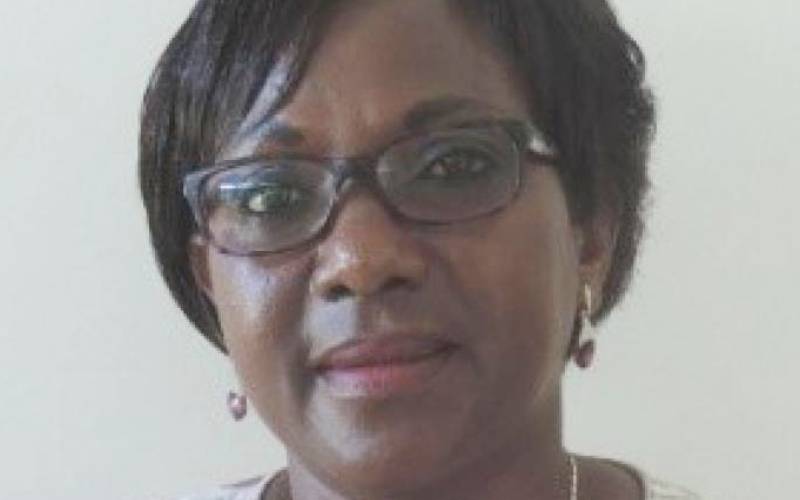 The government has appointed a new team to run the Masinde Muliro University of Science and Technology (Mmust) council.

The appointments were made yesterday through a gazette notice signed by Education Cabinet Secretary George Magoha.

Top administrative positions at Mmust have had no substantive office bearers. Asenath Sigot, the current vice chancellor, and her three deputies have been occupying their offices in acting capacities for more than a year.

Jane Mutua (pictured) has been appointed the council chairperson for a period of three years. Other council members who have been appointed include Consumer Federation of Kenya Secretary General Stephen Mutoro, Connie Mogaka, Joshua Ogango and Gad Kiragu.

“The Cabinet Secretary of Education appoints Dr Mutua as the Chairperson of the council for a period of three years with effect from March 10, 2020,” read part of the gazette notice.

Mutua was previously the chairperson of the Pwani University council. She takes over at the Mmust council from Jeremy Bundi, whose term ended on March 10.

She had earlier been appointed to the position by former Education Cabinet Secretary Amina Mohamed, but this was later revoked by the Labour Relations and Industrial Court after the Kenya University Staff Union argued that her appointment was unprocedural.

The new council has been tasked with overseeing a leadership transition at the institution, where most of the management positions are occupied by individuals in an acting capacity.

Aside from Prof Sigot, other officials who are acting are Charles Mutai (deputy vice chancellor for planning, research and innovation) Benedict Sabuni (DVC academics and students affairs) and Patrick Ojera (DVC finance and administration).

A majority of deans of schools and chairpersons of departments are also in office in an acting capacity.