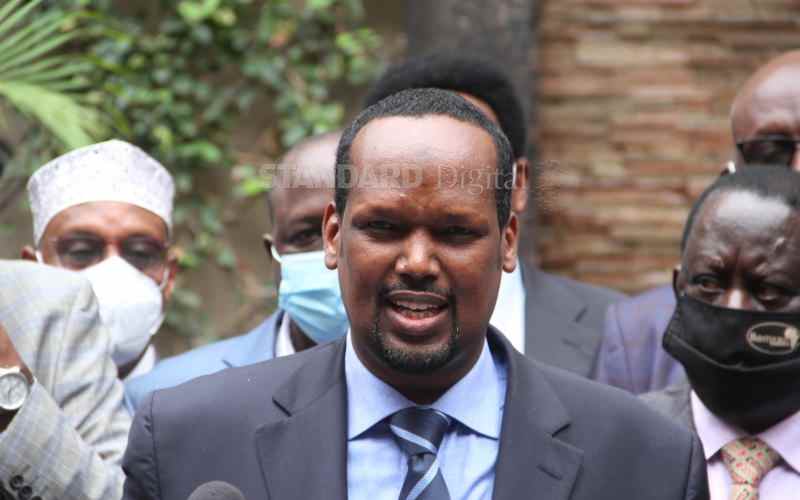 Mandera Governor Ali Roba (pictured) is an anguished man. Insecurity in the county, he says, is worsening and the heavy presence of security personnel is not helping matters.

In an opinion published in this newspaper yesterday, the governor lamented that Al Shabaab militiamen were back in Mandera in full swing. According to the governor, the people of Mandera live in fear, as the terrorists have taken strategic locations in the county.

According to Roba, the terrorists are forcibly taking the residents’ livestock in the name of zakkat (offering). Cases of vehicle attacks are on the rise. On Monday, passengers escaped death after the militants shot at their bus.

Shockingly, the governor claims the militants now control almost 60 per cent of the county. If that be the case, all should be extremely concerned. The criminal group should not be allowed to control even an inch of our territory.

Without doubt the government is doing a good job. It has a huge security presence in Mandera. But if what Roba said is true, the state must do better. It should go back to the drawing board and find out where its strategies are failing. If it means sending more security officers to the border county, so be it. If a wall is the solution, we must build it with more seriousness.

Even as the governments seeks a permanent solution, Mandera residents must reevaluate their role in this war. It is impossible for government to defeat the miscreants without locals' help.

It is no secret that some residents are sympathetic to the terrorists. Others fear reporting the criminals to authorities. Al Shabaab are no strangers to Mandera residents.

If they don’t expose the shadowy characters, the security nightmare will continue to grow.