Agnes Kavindu Muthama will fly Wiper party ticket in the upcoming Machakos senatorial by-election hoping to clinch the seat once held by her ex-husband Johnstone Muthama.

Kalonzo expressed confidence in Kavindu, saying they will leave nothing to chance during the campaign period, until she is declared winner.

“We have confidence that Agnes is going to be the next senator for Machakos County.”

He added that the party settled on Kavindu because they believed in women empowerment and had no bad blood with her ex-husband Muthama.

“As wiper party we have no business in breaking families by nominating Agnes Kavindu Muthama for Machakos seat, we nominated her because of her qualifications but fortunately she shares a name with others,” Kalonzo said. 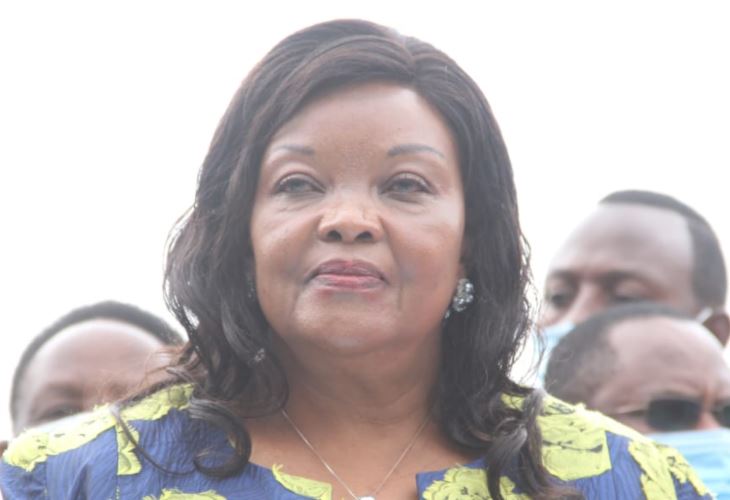 The pair divorced in 1983 after their marriage crumbled and had been embroiled in a court battle for years over ownership of Muthama’s home in Mua, Machakos County.

Kavindu unsuccessfully contested the Machakos Woman Representative seat on a Jubilee ticket in 2017 but lost to Joyce Kamene.

She was later nominated by President Uhuru Kenyatta to the Building Bridges Initiative taskforce.

Recently, she announced her intention to contest the seat where she told Machakos residents that she would put their interests first.

“I will be vying because I want to help the people of Machakos. Women you know that a lady knows the problems facing women, and I’m not saying that I will be helping women alone but also men,” Kavindu said.

She will be battling Maendeleo Chap Chap’s John Mutua Katuku among others.

The seat fell vacant following the death of Boniface Kabaka on December 11, 2020.

Kabaka died while undergoing treatment at a Nairobi hospital a week after he ended up in the intensive care unit (ICU).

Three months later, Nzoia Sugar roars back to life after repairs
Business
By Juliet Omelo
15 mins ago
MKU's Gicharu among officials listed to head State corporations
Education
By Philip Mwakio
17 mins ago
Head to court if unhappy with poll, clerics tell parties
National
By Anne Atieno
35 mins ago
Election observation missions should up their game
Opinion
By Raphael Obonyo
57 mins ago
.