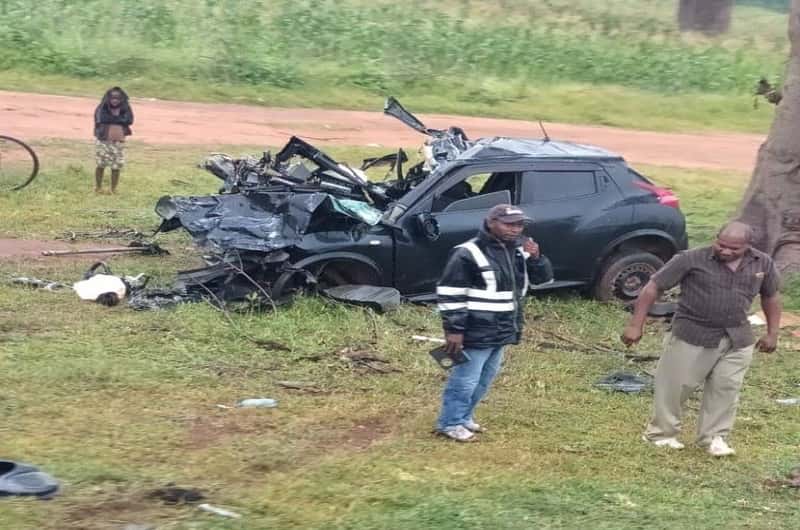 Three people died on Sunday morning following a tragic road accident between Kibwezi BP Junction and Kinyambu along the Mombasa-Nairobi highway in Kibwezi East, Makueni county.
The three died after the car they were traveling in from Kibwezi town was involved in a head-on collision with an oncoming truck that was heading towards Nairobi. The driver of the truck escaped unhurt.
Confirming the accident, Makueni county commander Joseph Ole Naipeiyan said that the three died on the spot.
"The three people died on the spot following the morning accident," said Naipeiyan

The families of the three victims from Kibwezi town are still unknown.

The bodies have since been taken to Makindu sub-county hospital mortuary .
Kibwezi police towed the vehicles to Makindu police station.