Machakos man who killed his mother and niece arrested 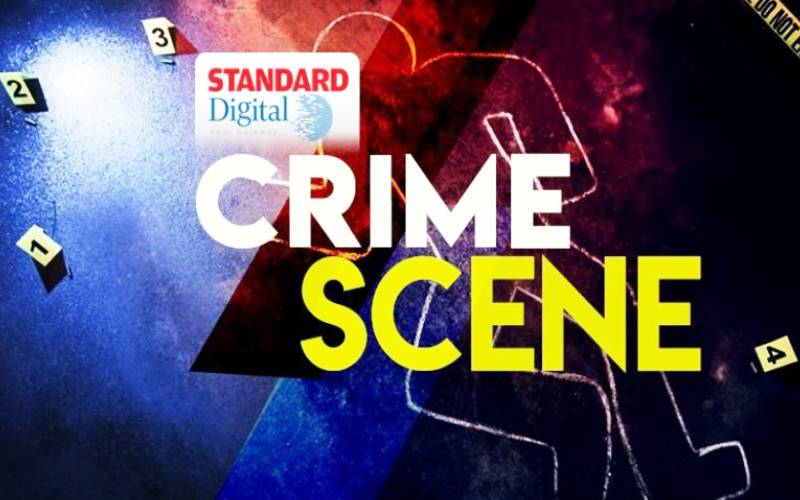 Machakos police have arrested a 33-year-old man suspected to have killed his mother and niece. Mwanza Kaloki is said to have committed the offence at their home in Malindi village, Kalama sub-county, Machakos. Kaloki on Tuesday slashed his mother Ndinda Kaloki (74) and niece Faith Mutheu (six) to death after they quarreled over a meal.

Machakos OCPD Moss Ndiwa said Kaloki was arrested in the neighborhood. “Through our working relationship with the assistant chief and members of the public, we have managed to arrest Mwanza. He was hiding in a granary," Ndiwa said. The police chief said Mwanza had been pushing his parents to grant him a piece of land, which prompted the heinous act. Ndiwa said Mwanza will be remanded at Machakos police cells until Monday when he will be arraigned and charged with murder. On Wednesday, when The Standard visited the home, Mwanza's brother Alfred Mbithi said he was at work during the incident.

He was told to rush home only to find his mother and daughter dead. Mbithi's sister Rose Ndungwa said the quarrel between Mwanza and their mother started over the egg meal. “Mwanza was asked why he was cooking eggs. He took a panga and a wood from the kitchen where he was cooking and slashed mother to death,” Ndungwa said. She added, "When my niece tried to defend her grandmother, Mwanza also slashed her on the head, leaving her for dead.”