By David Oginde | 3w ago 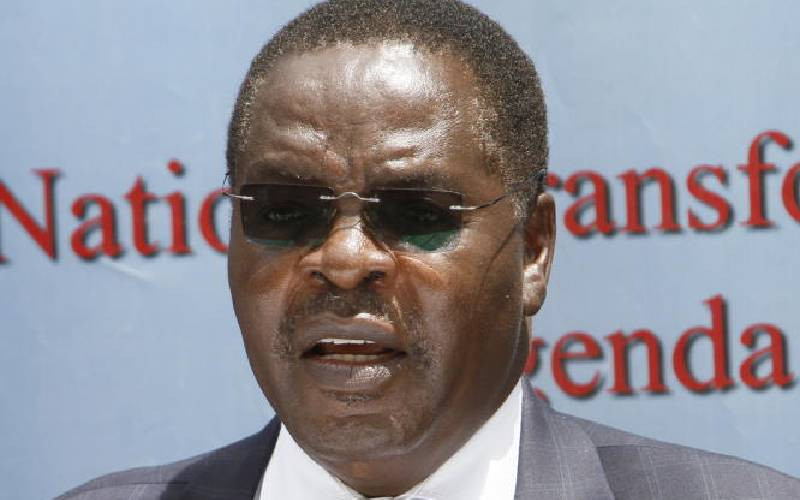 A strong narrative is out there questioning the relevance of the Church in Kenya today. It is argued that the stinging prophetic voice of yesterday has been rendered ineffectual – the salt has lost its saltiness and the light is firmly under the political bushel, living society in utter darkness.

This narrative is convincingly adept that even Church diehards nod in agreement. Church leaders have been left bewildered – more like bats under a sudden brilliance of light – unsure how to behave or respond.

The temptation is to reach out and grab the nearest plank to survive the shipwreck. But from where I sit, this situation is laden with several traps that the Church must be wary of. Let me mention three.

The first is what I call, The Trap of Historical Nostalgia. This trap is couched in the legitimate lament for the great Church heroes of the past – Bishop Okullu, Bishop Muge, Bishop Gitari, Timothy Njoya, Ndingi Mwana Nzeki and others.

These are men who stood up and out at a time when no one dared. Their light shown bright, and salt permeated deep at a time when political winds were ferocious.

Without any shadow of doubt, these men made the Church proud and became beacons of hope in a season of pitch darkness.

Those who tasted that old wine have not only remained nostalgic but totally dissatisfied with the new. Thus, the chorus rings – where are the Okulus, the Muges, and the Gitaris of our time?

The temptation is to try and step into this apparent gap with the armour of yesterday. But this would be foolhardy. Like trying to answer to the cry – where are the Mau Maus of our time? It is a trap that can easily frustrate and derail.

While appreciating those gone before, today’s battles must be fought with today’s strategies.

The second is what I call, The Trap of Populist Engagement. Several metaphors are used in the Bible to refer to the Church. These include Salt, Light, Soldiers, Ambassadors, and the like.

Each of these places an expectation on the ordinary Christian and the Church leader alike, on how to engage society at any given time or circumstance.

Wisdom lies in knowing when to be the invisible salt, and when the brilliant light must mulika mwizi; when to bear the vicious weapons of a soldier, and when to put on the diplomatic voice of an ambassador.

Sadly, with the incessant calls to act on almost every national issue, the temptation to appear to be doing something is real.

Unfortunately, such responses are often confusing and at times totally embarrassing – salt thrown at darkness, and candles lit in broad daylight.

We have seen soldiers negotiating with enemies, and Kingdom ambassadors totally undiplomatic in their words and actions. But such is the trap of acting on the whims of the crowds.

We do well to learn from Jesus – He never gave Himself to the demands of the crowds. Instead, He drew the vicious whip and turned tables upon the corrupt. He graciously fed the hungry multitudes yet sent them away hungry the following day.

Third is the Trap of Political Assimilation. Without a doubt, the Church has become a critical cog in the wheel of Kenya’s politics. With over 86 per cent Kenyans identifying themselves with some shade of Christianity, shrewd politicians have increasingly trained their eyes on this rich voting bloc.

Truth be told, the Church in Kenya is perhaps at one of its best moments. But history shows that such moments are equally times of great vulnerability.

Whereas the Church has been strongest in times of persecution, it is weakest in seasons of peace and comfort. We must thus watch out.