By Denis Kabaara | 1mo ago

Kenyans love their maize and wheat products. Every meal of protein is accompanied by either ugali or chapati. But herein lies the problem. Owing to a number of factors, the two staple foods cannot meet the current demand. That is why there is need to shift to alternatives like good old cassava.  And a number of farmers have seen the opportunity and are cashing in on it.

Kola says she never imagined that a crop like cassava, which was being grown for domestic consumption could change her economic fortunes. It has been a struggle growing the crop but now things are looking up.

“For years, we only planted indigenous cassava varieties (Manganam and Nigeria, among others) which were consumed at home, but they were prone to attacks by pests and diseases. Many a time, we had no quality seeds to plant and we used to exchange cuttings which worsened the situation,” she adds.

That meant that their yields were always low and the crop prone to attacks. But that is no longer the case thanks to an initiative that has been promoting cassava as a healthy alternative to maize.

Kola says since 2016, she has been planting improved cassava varieties courtesy of Self Help Africa (SHA), an NGO that deals with farmers, which gave her the first batch of cassava seeds.

“My cassava project has improved significantly and now, I can pay my bills. Agriculture extension officers saw the challenges we were facing and came to our rescue. They gave us quality seeds and trained us on proper cassava management practices,” she says.

With this money she is able to lead a decent life, take care of her needs and her family.  Peter Okoth, SHA senior programme manager, says they decided to promote the crop because of the potential it has to  uplift farmers’ lives and improve food security.

“SHA is educating all actors in the cassava value chain, especially farmers, on how cassava can transform their lives. Cassava can be consumed at home by families and if there is surplus, it can be commercialised. It is a healthy food that is rich and nutritious,” says Okoth.

A cassava tuber is particularly high in vitamin C, an important micronutrient that acts as an antioxidant, supports collagen production, and enhances immunity. With the challenge of climate change, cassava farmers like Kola have not escaped its effects. Due to change in rain patterns, sometimes she suffers crop loss.

Though the challenge of pests and diseases is also still real, Kola says through training by SHA, she now knows how to tackle it.

“In the past, I didn’t know I should uproot the affected cassava plant so as to stop the disease from spreading, now I can rescue my farm from this disease,” she says.

Isabella Imemwa, a crop health scientist with Kenya Agricultural and Livestock Research Organisation (Kalro) in Kakamega, says Kisumu, Busia, Siaya, Homa Bay and Migori counties are areas that were known for cassava farming areas in the 1980s. But by the late 1990s, cassava mosaic disease forced farmers to ditch the crop for maize farming.

Imemwa says for years now, cassava farmers have been planting seeds which were low yielding and susceptible to pests and diseases.

With the planting material being the stem, cassava farmers would exchange cuttings of the indigenous varieties hence the availability of clean seeds was a major problem.  But to guarantee farmers good yields, Kalro together with other organisations such as SHA stepped in to change that trend.

“We started to provide farmers with clean and certified cassava seeds. We now have improved cassava seeds which are high yielding, early maturing, drought,  pests and diseases tolerant,” says Imemwa.

With the challenges facing maize and wheat production, Imemwa says farmers should embrace cassava as a healthy alternative.

For those interested in cassava farming on a commercial basis, Kola urges them to plant MM96/7151 variety which grows taller than many cuttings and is high yielding and matures early with big tubers.

Samson Khachina, Busia County Director of Agriculture, says cassava, which is the third crop most grown crop in the area after maize and sorghum, has immense potential.

“Our county is the leading in production of this crop. 90 per cent of cassava being produced in this county is the improved varieties. Slowly, we are seeing an increase in demand for cassava seed in cassava growing areas like Kisumu, Kilifi, Siaya, Homa Bay and Migori counties. We have over 50,000 acres under cassava with production of 18,000 tonnes of cassava tubers per acre,” says Kachina.

Given the strong obsession with maize and wheat, it was somewhat a tall order convincing people to switch to cassava but gradually the change is happening.

According to SHA, consumption awareness has improved from 12 per cent in 2010 – 2012 to 35 per cent since 2017 and this is expected to increase in the future with the new government flour blending regulations.

The government through Roots and Tuber Strategic Plan has put in place a framework to stimulate and promote root crops such as cassava.

“In promoting cassava blending, we have seen some companies blending cassava with other crops up to 0.4 per cent though we are pushing this to reach 10 per cent. With the strategic plan, we shall have regulations which will see millers blend their flour with 10 per cent of root crops. We are working with 28,000 farmers across the country with an average farm of an acre  and above, producing   15 - 20 metric tonnes per acre in the coastal region and 10 - 15 metric tonnes per acre of fresh cassava tubers in the western region,” says Okoth. 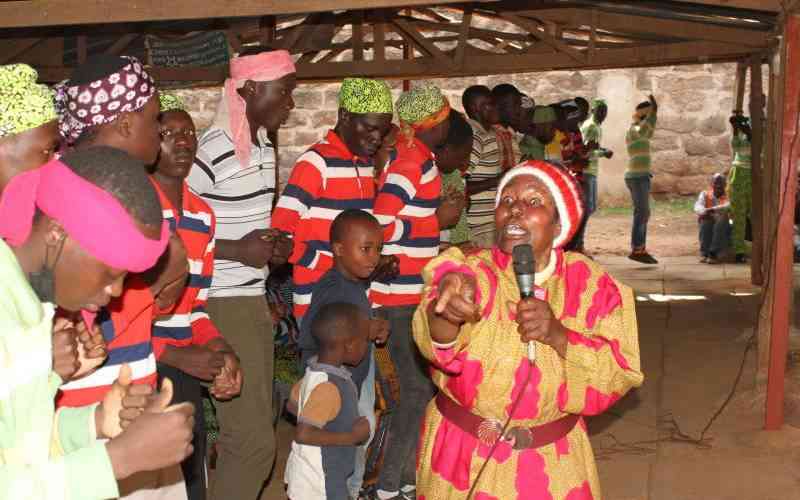 Premium Prophetess Mary Akatsa: Violent preacher with a soft spot for criminals
FEATURES
By Joseph Mathenge
12 mins ago
Update on suspected Ebola patient under quarantine in Mumias, Kakamega
National
By Robert Amalemba
33 mins ago
Who draws first
Cartoons
By Harry
34 mins ago
The WSR-Rigy G election machine
Cartoons
By Harry
47 mins ago
. 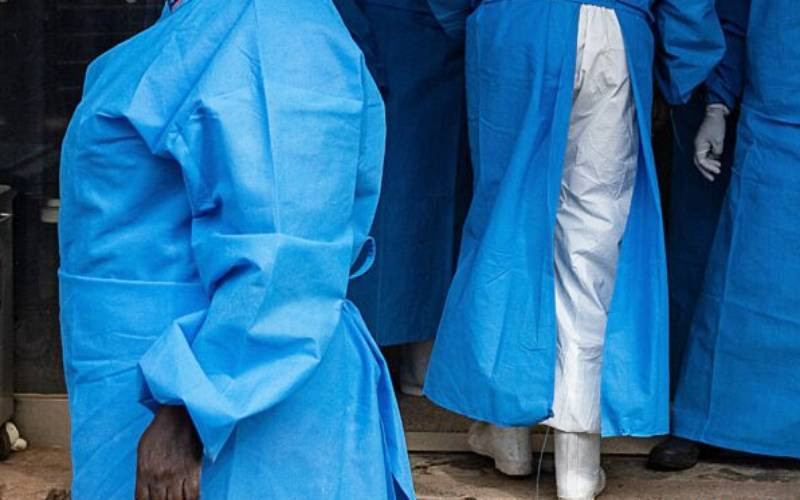 By Robert Amalemba 33 mins ago
Update on suspected Ebola patient under quarantine in Mumias, Kakamega 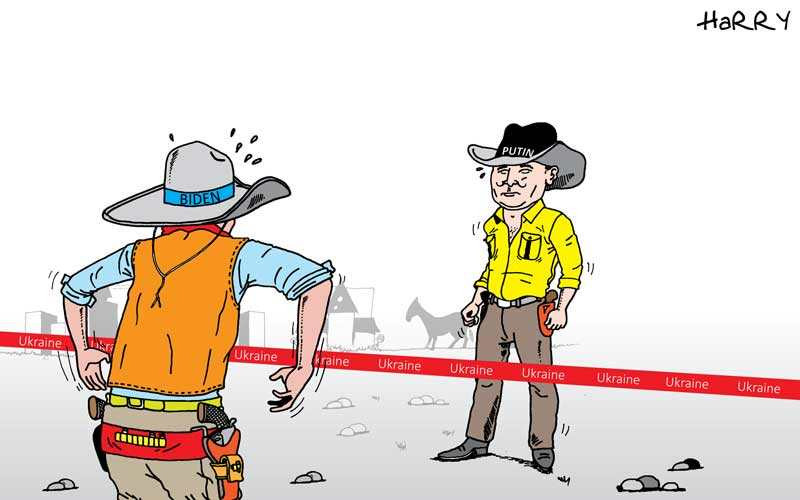 By Harry 34 mins ago
Who draws first 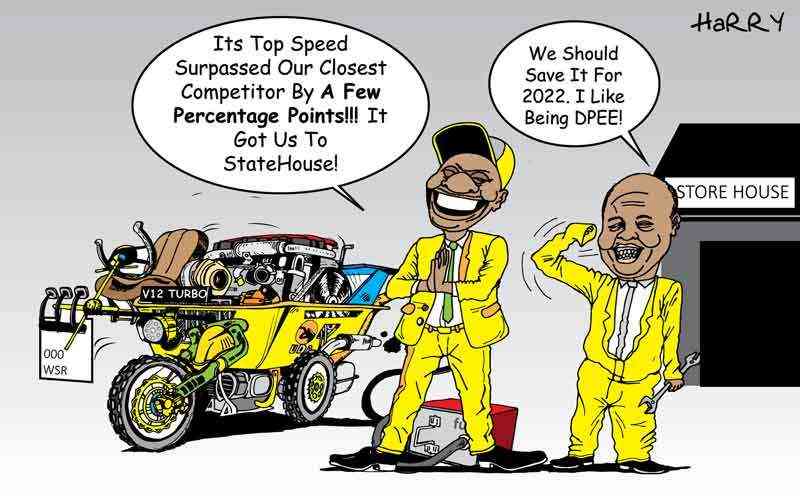 By Harry 47 mins ago
The WSR-Rigy G election machine

By Ochieng Oyugi 51 mins ago
Cricket: Kenya captain Patel says they will keep it simple in Nigeria