By James Omoro | 7mos ago

A 14-year old girl has been admitted to Homa Bay County Hospital after being coerced into abortion which led to the removal of an eight-month-old foetus from her womb.

The Standard Seven pupil was taken to Mbita Sub-County Hospital in pain after undergoing the abortion.

The minor who is a total orphan has been living with her maternal aunt at an estate in Mbita town. She has reportedly been defiled on several occasions by the aunt's husband before and after conceiving eight months ago.

Efforts by The Standard to interview the girl in the hospital proved futile after the management declined to grant us permission.

But according to the girl's headteacher who was in a team that took her to the hospital, the abortion came after the minor's aunt threatened her that she would not live with the expected baby in her house.

Since the girl is a total orphan and had nowhere to seek asylum, she was obliged to comply with the directives of the guardians.

Her predicament began last Friday when she was given a drug that she chewed.

The girl suffered more pain on Sunday when she aborted the baby boy.

"The girl has said she aborted a foetus aged eight months. The foetus was carried by the aunt's husband in a basin, walked out of the home compound and discarded it at an unknown place," the headteacher said.

After the abortion, the girl was taken to the man's maternal uncle's home at a village in the neighbouring Suba sub-county on Monday morning to disguise what had happened.

The teacher said the headteacher became concerned after the girl failed to report to school on Tuesday morning.

He collaborated with officials of an organization known as Development Link Knowledge Africa (DEVLINK) and police with whom they went to Suba and found the girl.

On Wednesday, they took her to the hospital for medical care.

The headteacher expressed concerns that the girl had been defiled severally by the man.

"The girl hinted to me that she was impregnated by the male guardian. Even neighbours had raised the concern. His wife doesn't live with him together," said the teacher said.

The DEVLINK Executive Director Esther Soti called on the government authorities to accord the girl justice.

"The man suspected to have defiled this girl disappeared after realizing that the girl is in the custody of the police," said Soti said.

Soti said they want the girl to be protected and enabled to go to school.

"The prime suspect in this matter is the minor's guardian. This means she cannot be part of that household again," Soti added.

The lady has been detained at Mbita Police Station.

“The girl is in the hospital for a medical test. Meanwhile, we are waiting for the medical report from the health facility,” Atavachi said.

The police boss said the medical records will enable police to get evidence for charging the suspect in court.

“We want scientific evidence to enable us to charge the suspect,” said Atavachi.

What Kipchoge needs to lower the world record
Athletics
By Jonathan Komen
22 mins ago
How to get past office politics
Sunday Magazine
By Esther Muchene
53 mins ago
Premium Muthama: How we built the biggest party to win presidency
Politics
By Jacob Ng'etich
53 mins ago
Make holiday travel tranquil and great
Sunday Magazine
By Jayne Rose Gacheri
53 mins ago
. 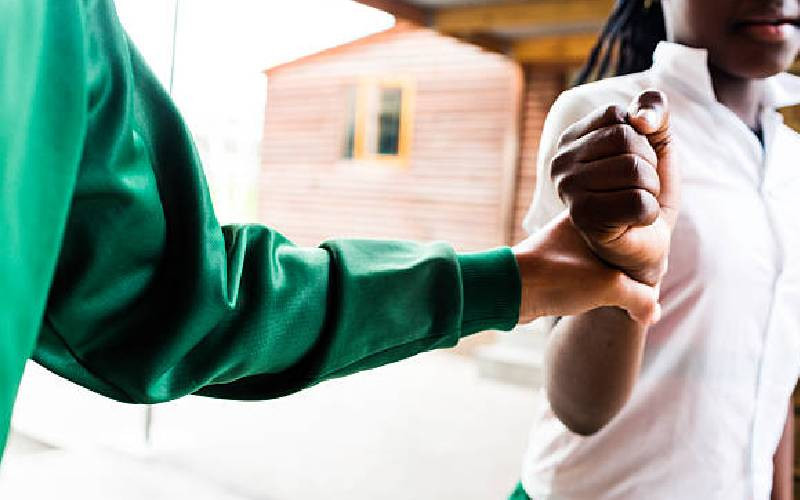 By Peter Muiruri 53 mins ago
How parents can help end monster of bullying in Kenyan schools
.