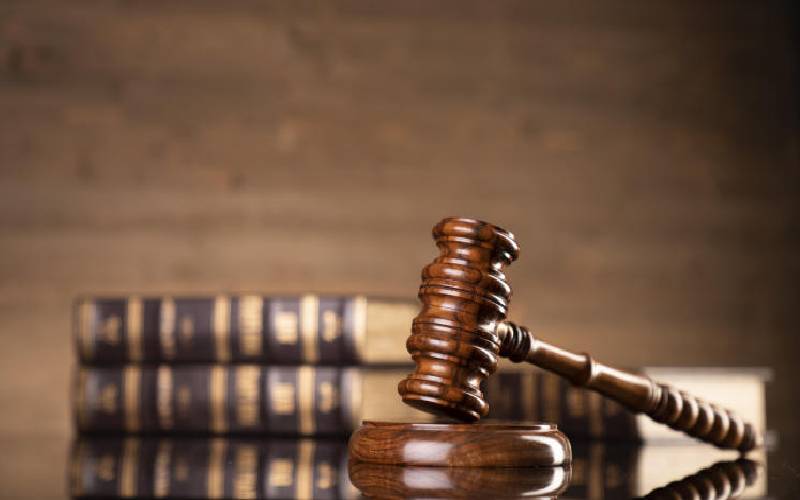 A 19-year-old man will spend 40 years in jail after being found guilty of defilement.

He denied the charges and had asked the court to free him. He said the prosecution failed to prove the charges against him beyond any reasonable doubt.

The life of a two-year-old was changed and her innocence stolen, the magistrate said.

"At the age of two, the minor only knew peace and love. However, the two were taken away and this changed her life completely," said Ndeng'eri.

The magistrate said that the Probation Officer's report had not also painted the accused person in good light.

"He is cited as a pedophile and it is his character that got the court concerned. The fact that his aunt is his champion and bails him out of trouble has not improved his character," Ndeng'eri said.

The magistrate said it was not lost on the court that at the age of 19, no juvenile institution would accept him.

Auditor questions why one of the firms is paid Sh190 per unit of electricity supplied while KenGen gets only Sh5.

By Antony Gitonga and Joackim Bwana | 9 hours ago