If Jubilee blogger Pauline Njoroge had an inkling that a Facebook post would come between her and a public appointment, she would have thought twice about it.

And if she were to be told the streets she rules – social media – would torpedo her progress within minutes of her appointment, she would probably have doubted this.

But that is all it took for her to lose her new appointment as board member for Tourism Regulatory Authority yesterday.

"I have already started the process of her revocation. She stands revoked as of now," Balala told this writer in Masai Mara yesterday.

In her past Facebook post, Njoroge had described the Nairobi National Park as redundant, saying it was not economically viable and that it should give way to the city's growth.

"Isn't there much more that can be done with it that will add more value? The only selling point of that park is that is "its the only park in a capital city in the world". Beyond that glamorous title, what else does it offer? She posted.

Immediately her appointment filtered through, social media investigators pulled it up and condemned the appointment, calling for its revocation.

Njoroge herself was undeterred and proceeded to express gratitude. "I thank the President and CS for Tourism and Wildlife Najib Balala for giving me yet another opportunity to serve," she posted.

She said she was overwhelmed by all the messages, calls and social media posts, adding that the "love and support has been humbling and I appreciate each and everyone of you."

"We have walked this journey together on this wall, and in one way or another you have all contributed to what I have become. Your continued support is part of what keeps me going and you are therefore important to me and all your opinions matter, even when we may disagree on various positions from time to time," she said.

On the little matter of her post, she said: "We shall continue conversing and any concern that has been raised or will be raised (yes, even that one), we shall address as the days go by."

Yesterday, Balala expressed regrets that he made the appointment in the first place, and thanked social media detectives for raising the issue.

"We checked her CV and we thought she would be competent to work with us. We didn't know what her previous statements had been like," said Balala.

He said the country cannot entertain the thought of compromising the integrity of any of its national parks or reserves.

"I think shes not smart. A person of her calibre should not have made such statements, even in her imagination."

Later, the Ministry of Tourism and Wildlife issued a statement saying it did not wish to be associated with "such people and such thinking."

She has since been replaced with journalist Najma Ismael of the Standard Group. 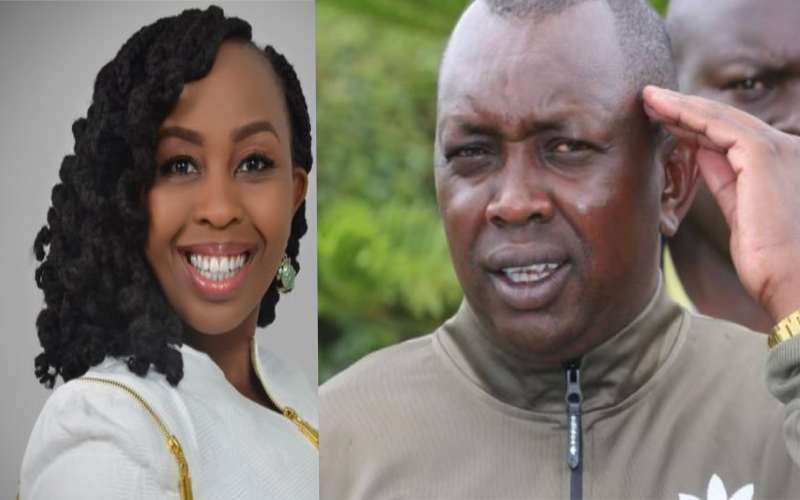 I am rightfully in the political space, Pauline Njoroge responds to Sudi
Sudi’s unprintable remarks on Ms Njoroge followed a meeting between the youth and President Uhuru Kenyatta at State House last week.
Politics
By Wnfrey Owino
4 months ago
.

Manguo wetland chocking under aborted foetuses and deadly hippos
Nairobi
By Jacinta Mutura
21 minutes ago
No zoning in Western, affiliate parties tell ODM
Western
By Benard Lusigi
8 hours ago
We spent over Sh3.6b on bursaries, Mvurya says in final address
Coast
By Patrick Beja
8 hours ago
Gumbo condemns attack on convoy during campaigns
Nyanza
By Isaiah Gwengi and Olivia Odhiambo
8 hours ago
Inside Wamatangi's manifesto for Kiambu
Central
By Fidelis Kabunyi
8 hours ago
Four die, 22 sustain injuries in road accident in Uasin Gishu
Rift Valley
By Evans Kipkura
13 hours ago
.

By Benard Lusigi 3 8 hours ago
No zoning in Western, affiliate parties tell ODM

By Patrick Beja 3 8 hours ago
We spent over Sh3.6b on bursaries, Mvurya says in final address