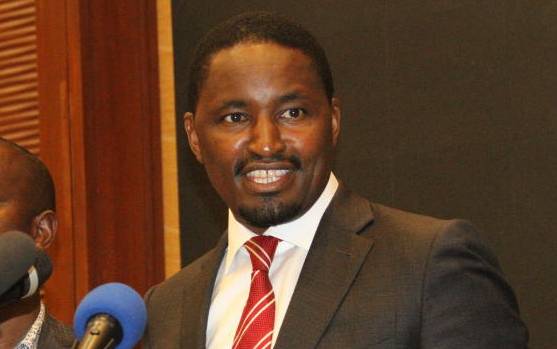 The CRP deputy party leader James Mwangi told Kiunjuri should stop playing politics but instead concentrate on his private agenda.

While speaking at Nanyuki PCEA church on Sunday, Kiunjuri claimed he was short-changed by the President after he folded his Grand National Unity (GNU) Party ahead of the 2017 election to support Jubilee Party.

"It is regrettable that after Kiunjurifailed to capture Laikipia Governorship in 2013, he was salvaged by Kenyatta who offered him a cabinet appointment,” said Mwangi, who heads the youth wing.

Murang’a Governor Mwangi wa Iria is aspiring to venture into national politics after his term comes to an end. Two months ago, he announced his intention to vie for the presidency in 2022.

He added that youth from Mt Kenya region will hold a meeting in Nanyuki town if the former CS fails to apologise to the President within seven days.

"Kiunjuri was sacked following incompetency he demonstrated in the agriculture department despite funding by the national government, he should not go around crying.

He should be calm as others who were asked for Cabinet but we're eventually elected as governors," said Mwangi.

First wildlife overpass to be constructed

By Philip Muasya | 42 minutes ago

By Jael Mboga | 47 minutes ago

By Jackline Inyanji | 5 hours ago