How evangelist Reinhard Bonnke prepared for his exit from earth 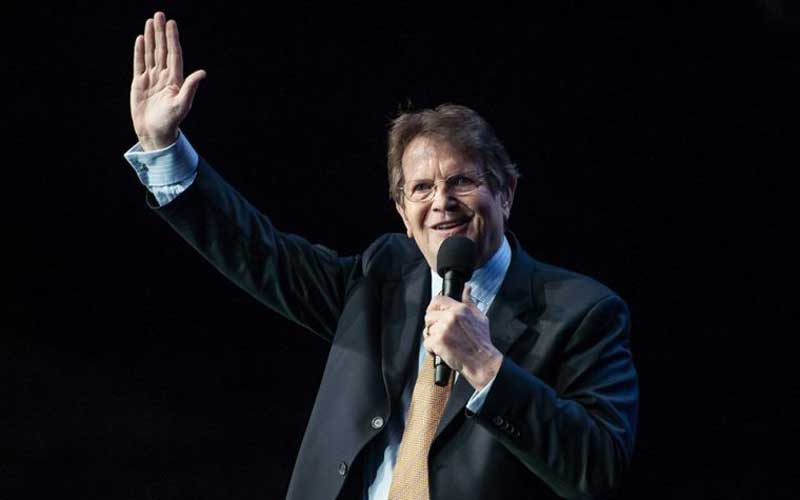 After sixty years of preaching across the world, German Pentecostal evangelist, Reinhard Bonnke (pictured) in 2017 shared his farewell messages with over 1.7 million people over a five-day-crusade in Lagos, Nigeria.

Bonnke who is also known as the ‘evangelistic son of Africa’, died peacefully on December 7, 2019 aged 79.

Principally known for his gospel missions throughout Africa, Bonnke who began his Christian walk in 1949, was born on April 19, 1940 in Königsberg, East Prussia, Germany to an army logistics officer and worshiper mother.

He left for missionary work in Africa at the age of 10 after being baptized. In numerous accounts, he said he received the calling in a dream where God told him "Africa Shall Be Saved" and a picture of the map of Africa spread in red was shown to him.

I have forgiven those who wronged me, says Uhuru

I have forgiven those who wronged me, says Uhuru

In 1974, he founded the mission organisation 'Christ for All Nations' also known as CfaN headquartered in Johannesburg, South Africa.

It later relocated to Frankfurt, Germany in 1986 as part of the Church's protest against South Africa's apartheid policy at the time.

It is estimated that close to 80 million people converted to Christianity under his tenure of preaching.

In 2017, Bonnke said he was commanded by God to return to Africa to start a new chapter.

"Then the lord spoke to me, that I myself have to go back to Africa for one great opportunity to pass my burning torch to this generation," he recounted.

It is during that period that he handed over the leadership torch of his international ministry, Christ for all Nations to staunch follower Evangelist Daniel Kolenda.

"I don't want it to fall, I want it to go just seamlessly continue and rise. The world is so big and God gave me Daniel Kolenda and I am very happy," Bonkke said.

Months before passing the torch of leadership to Kolenda, Evangelist Bonnke was in what he described as 'dark valley of sickness' -- the 'Evangelistic son of Africa' had been diagnosed with cancer of throat, but he only got to talk about it after handover crusade.

"In my weakness, but His strength, I kept up my ministry on FB with great joy. It is my pulpit. Meanwhile, Daniel Kolenda, my successor in CfaN, brought in hundreds of thousands of souls for Jesus in Africa," Bonnke recounted.

It was in Lagos where CfaN held its largest crusade to date — the Millennium Crusade in 2000, in which six million people attended and 3.4 million made decisions to accept or reaffirm their faith in Christianity.

The crusade that span five-nights was eventful including Nigerian witchdoctors who surrendered their charms on the pulpit.

Kolenda who took over the church said, "As a young boy, I felt the calling to preach the gospel. I used to ride on my bicycle from house to house knocking on doors and witnessing to anyone who would listen. As a teenager, I started street preaching. Today, I do the same thing I have always done, just on a larger scale".

After the handover, Evangelist Bonnke retreated to his American home from where he continued to preach the Gospel on digital platforms.

"Evangelism is a fiery chariot with a burning messenger preaching a blazing gospel on wheels of fire! Allow the Holy Spirit to make your Ministry His Chariot," Bonnke said.

His latest messages centered on preparation for the Kingdom of God and the redemption of mankind.

While his family announced his passing on with sorrow, many faithful are celebrating Evangelist Bonnke's remarkable journey of preaching.

According to his family, he was surrounded by loved ones and passed away peacefully on Saturday.

"It is with sorrow that the Bonnke Family would like to announce the passing of our beloved husband, father, and grandfather, Evangelist Reinhard Bonnke. He passed away peacefully, surrounded by his family, on December 7, 2019," his wife said.

He leaves behind his wife Anni, their children Kai-Uwe, Gabrielle, and Susie, and eight grandchildren.

By Peterson Githaiga | 18 minutes ago

By Martin Ndiema | 8 hours ago

Teacher fears for his life after assault by three students
Feedback