Flying bell and tobacco trees: Where Easter is celebrated differently 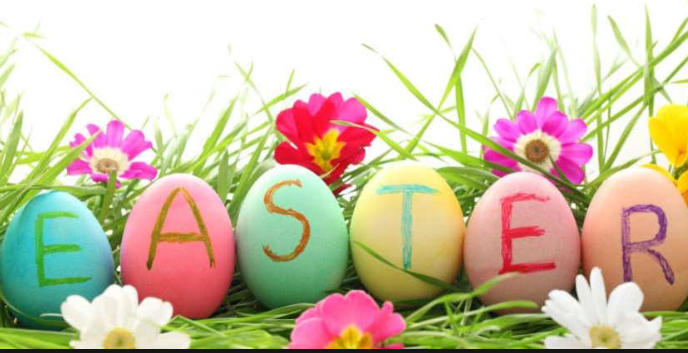 The first real sense of festivity since Christmas’ merriment and New Year jubilations is finally here.

A hybrid mixture of itching anticipation and joy unspeakable dangles in the warm air enveloping households as yet another tour upcountry awaits for family members; an opportunity dissevered by distance to reunite in fond embrace.

In other quarters, it promises to be a prolonged weekend, of days and nights out boozing, painting the town red, as though Earth's feet stand at the edge of the end of time.

To some churchgoers, it shall be a pure Christian affair; that which no fleshly gratifications should defile.

Round-the-clock devotions, revamping children's minds with religious dogmas, and a communion with the underprivileged; reasonably condenses these faithful's four days into a nutshell.

For all the aforementioned sets of celebrants, it is not uncustomary to mark the events with chicken, goat or cattle bloodshed as that makes the fete all the more memorable.

These are the variant scenes of Easter observance as played on the Kenyan stage.

However, the inquisitive among us may well ask about what goes on beyond our homeland, beyond the mountains, beyond the seas.

Just across the Mediterranean in France; while the rest of the Christian nations repose; to the French worker, Good Friday remains an ordinary working day.

However, ordinary stops right there! Starting Good Friday, all through to Easter Sunday morning, church bells make no sound.

Legend going back to the twelfth century, has it that church bells in all villages and towns across France; in bearing all the grief from mourning Christ's crucifixion, develop wings and set out on a pilgrimage to the Vatican in Rome, to collect the Pope's blessings.

Come early Easter Sunday morning, the church bells fly back from their respite: just in time for celebration of the resurrection, bringing with them chocolate and Easter eggs for obedient children, and hiding the goodies in the house and garden for them to find upon waking.

The first bong is welcomed with bear hugs and kisses among the congregants; who drown the bell's deep, reverberating sound with uproarious shouts of: “He is risen! He is risen!”  to signify Jesus’ tremendous victory over death.

Heading to Brazil, South America: a life-size effigy of Apostle Judas Iscariot, handcrafted from straw or papier-mâché, and stuffed with fireworks; is hanged at the gallows where explosion by the fireworks from within takes place.

Instances of flogging and burning of effigies also do occur; but traditionally, effigies have been hanged on Good Friday, and then burnt on Easter Sunday night.

Although anthropologists have branded these events a scapegoating ritual; to the cheerful spectators, this symbolic punishment of Judas’ betrayal of Christ for monetary reward is believed to exorcise corruption, death, evil spirits; and cleanse their souls from all traits Judas.

In the Oceanian islands of Papua New Guinea, trees outside houses of worship are decorated with sticks of tobacco and hanging packets of cigarettes.

Inside churches, a small tree is set up at the front and the same is done. If unable to have a tree, several branches bound together could still serve.

At the end of the service, the smokes are handed out to the congregants and the atmosphere literally lights up.

People then split off into groups, for a feast of leftovers from the Friday festivities, in their family homes.

Once upon a time, in the mysterious land of Bermuda, a teacher tried explaining to his Sunday school students how Jesus elevated himself to Heaven by self-power. They did not believe him.

So he constructed a cross kite and adorned it with the image of Jesus; then led his charges to a hilltop, set the kite flying, and cut the string as the disciples watched it sail upwards, into the heavens.

Since then, colourful, multi-sided kites made of strings, sticks and tissue paper; have dotted the skies all over Horseshoe Bay Beach on Good Fridays.

Far Easter, to the province of Pampanga, Philippines, tourists flock to witness the uncommon reenactment of Jesus’ torture as depicted in the final hours of the Passion of Christ. There, the Good Friday is the most solemn day of the year.

Penitents lash their backs with whips made of bamboo or paddles with pieces of broken glass to draw blood.

Their faces are covered with white cotton hoods, stained with blood dripping from the crowns of thorns pressed upon their brows.

They drag heavy crosses and crawl on bloodied hands and knees: a recreation of the Stations of the Cross; as men clad in Roman centurion attires, wait to hammer real nails through their palms and feet, and into the wooden cross, to complete the rite.

These voluntary participations in the sufferings of Christ, are believed to cleanse the devotees’ souls of worldly sins, and are a fundamental part of a vow to engage in certain devotions in search of divine intervention.

It may also be an expression of thanksgiving for granted prayers and miracles experienced in their lives.

Guardiola was indebted to City goalkeeper Ederson for a series of fine saves as the champions gave a nervous...

By Philip Mwakio and Willis Oketch | 8 minutes ago