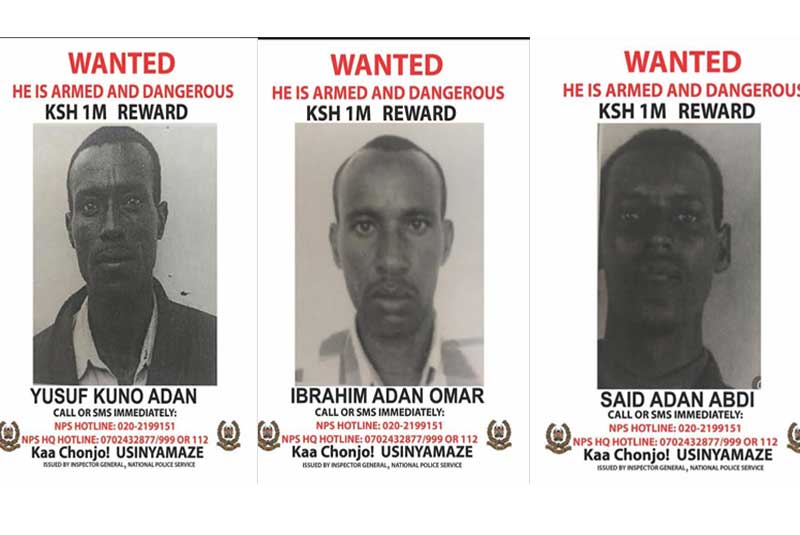 Police have identified three suspects in the kidnapping of an Italian woman and are offering a reward of Sh1 million for any information leading to their arrest.

He said two motorcycles recovered in the area near the place where the woman was kidnapped were used by the kidnappers to escape.

Boinnet told two men Moses Suleiman Mbogo and Joseph Bakuna Kazungu to surrender to nearest police station for questioning after it was established they handled the motorcycles used in the attack.

There has been no claim of responsibility for the first kidnapping of a foreigner in the East African nation in several years. Police have said they are optimistic the aid worker will be found "within the shortest time possible."

The 23-year-old Italian Silvia Costanza Romano was seized on Wednesday from a remote community by gunmen who also wounded five people, including children.

Such attacks had become rare after 2011, when Kenya deployed forces to neighboring Somalia in a bid to stop the Al Shabaab extremist group from kidnapping foreigners.

By Osinde Obare | 6 hours ago

By Kamore Maina and Brian Okoth | 8 hours ago