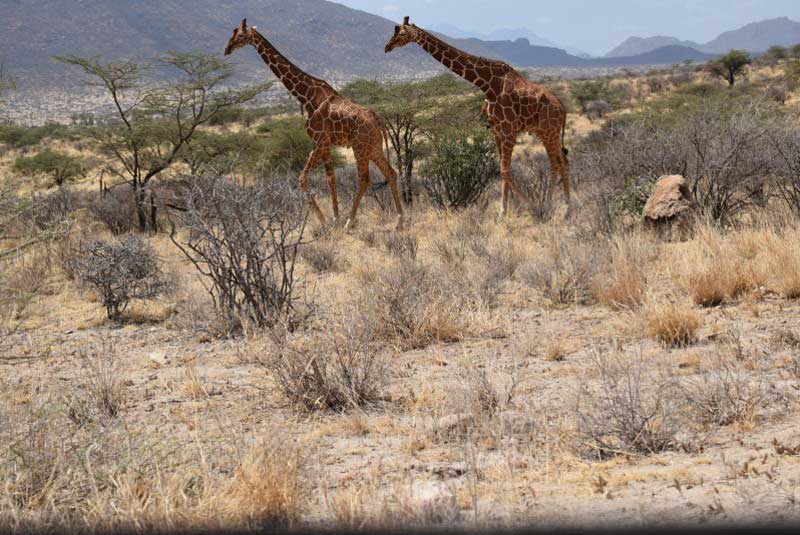 Giraffes are dying at an alarming rate because of a skin disease that has ravaged several African countries including Kenya, a new report shows.

But according to the research published in ScienceDirect, a website which provides subscription-based access to a  database of scientific and medical research, Giraffe Skin Disease is more prevalent in East Africa.

The other African countries where the population of giraffes in on a sharp decline because of the disease include Uganda, Tanzania, Namibia and Botswana.

In East Africa, the researchers said, the disease had affected up to 86 per cent of giraffes in Tanzania in 2014 and 2015.

Another survey released in December last year showed that Kenya had a total of 423 giraffes.

“Globally, giraffe numbers have plummeted from 140,000 in the late 1990s to less than 80,000 today. In the past 30 years, giraffe has become extinct in at least seven African countries. This dramatic loss has gone largely unnoticed,” says the research published on July 30.

“Our research revealed the disease is widespread than initially thought and more research is required. The disease was first discovered in Uganda in 1994 and in Tanzania in 2000. Yet it’s only recently that researchers have started to study it in detail,” the report reads.

It adds: “We were unable to establish whether the disease was fatal. But we concluded that it is possible giraffe are made more vulnerable to predators if they have lesions that make fleeing a predator difficult.”

The report further says lack of information about the disease in many parts of the world has made conservation difficult.

The disease was observed in 13 protected areas in seven African countries and in 11 out of the 48 zoos studied in six countries.

Giraffes are mainly found in east and southern Africa, with small populations in west and central parts of the continent.

By Lucas Ng’asike | 4 hours ago