The life and times of one of Africa’s excellent poets

David Rubadiri belongs to a cadre of university academics in Africa who started their careers as extra-mural tutors.

They then rose through the ranks of academia and began lecturing in mainstream universities. Makerere University, where Prof Rubadiri was first hired to work as an extra-mural teacher, had a number of these lecturers.

The extra-mural teachers instantly became public intellectuals. The best example is the chequered career of Rubadiri, who was born in Nyasaland (present-day Malawi) and went to school at Kings College Budo, Uganda, before he proceeded to Makerere and then Bristol and Cambridge in the United Kingdom.

He taught in teacher training colleges and was one of the few Malawian nationalists who were arrested in the 1950s. Rubadiri always boasted of having shared a prison ward with former Zimbabwe President Robert Mugabe.

Despite the turbulence of the time, President Kamuzu Banda found Rubadiri fit for the position of Ambassador of Malawi to the United Nations. But he would not last long in that position.

On one of his visits to the UN, Dr Banda could not stand the cynicism in Rubadiri’s speeches and summarily recalled his ambassador. Rubadiri went back to his teaching career in Uganda.

His sojourn in Makerere marked the zenith of his career as a scholar and a creative personality. As an undergraduate student, he had been trained on the English Department Magazine.

The influence of the English poets that he studied in his undergraduate programme became apparent in one of his earlier poems titled ‘Stanley Meets Mutesa.’

The poem reminded his fellow undergraduates of TS Eliot and his view of a dramatic poem as one in which the voice of a dramatic character speaks directly without an additional narration by the poet.

Both Eliot and Rubadiri are dramatists and in Rubadiri’s poem, we hear the dramatic voice saying, “Mtu mweupe, karibu (Welcome, white man)!”

Rubadiri is a real case of ‘Double Exile’. Here is an intellectual who was thrown out of his fatherland by a dictator. He lived in Uganda as an exile. When Idi Amin Dada took over as President, Rubadiri and other writers and poets fled the country.

He took a teaching job at the University of Nairobi and it was here, among other writers like Okot p’Bitek, Ngugi wa Thiong’o, Taban Lo Liyong, Micere Mugo and John Ruganda, that his classification as an East and Central African poet became apparent.

He compared easily with Okot p’Bitek from East Africa and Christopher Okigbo from West Africa. Critics began to see him as Malawi’s first poet compared to younger ones like Jack Mapanje, Steve Chimombo, Lupenda Mphande and Chris Kalongera, who began to operate in the late 1970s.

He was also active in the theatre movement alongside Robert Serumaga.

Rubadiri is Malawi’s earliest poet worth mentioning in any literary debate. His early poems such as ‘A Negro Labourer in Liverpool’, ‘African Thunderstorm’ and another one picked by him and David Cook have been anthologised elsewhere in the Commonwealth.

His temperament shows through his poems. As Adrian Roscoe says in his famous study titled ‘Uhuru’s Fire: African Literature East to South’, Rubadiri’s poetry is characterised by quiet distaste rather than strident fury.

He and p’Bitek went to teach at the University of Ife in Nigeria. When they came back, their contracts were not renewed.

One day, I visited p’Bitek at Hotel Comfy near the Phoenix Theatre in Nairobi. I found him and his entire family huddled inside the room. He and Rubadiri were waiting for their contracts to be renewed.

Luck finally smiled on them - Rubadiri went to teach in Botswana and p’Bitek went to be a research professor at Makerere. Years later, Rubadiri was appointed the new ambassador at the UN. At the time of his illness and death, he was the vice chancellor of the University of Malawi.

Rubadiri was a poet who stood high among other African poets and men of letters. Africa is in mourning for one of its greatest griots. 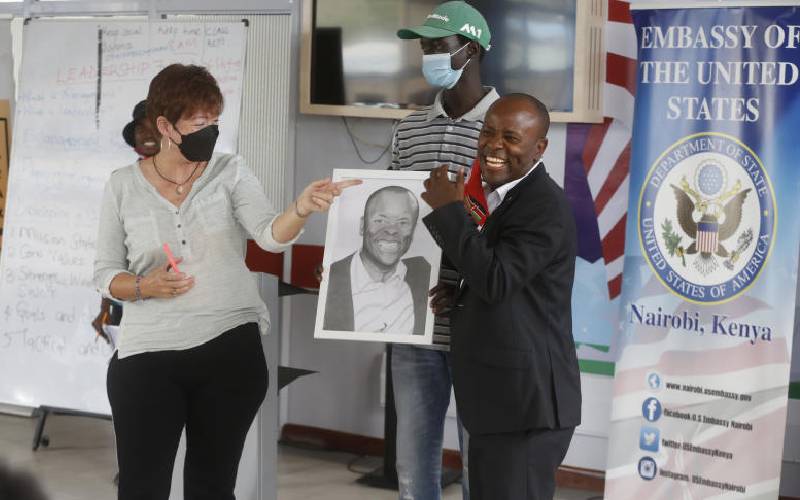 Youth trained on social arts
It started out like a round table talk where participants took turns in sharing their thoughts before blowing up to rhythmic sessions.
Standard Entertainment
By Caroline Chebet
4 months ago
.

By Titus Too 3 8 minutes ago
Premium Broken promise: Why Rift voters believe Uhuru has let them down