The government has begun emptying two dams at the Patel farm -said to be structurally unsound and a danger to residents of Solai in Nakuru County.

Draining Marigu and Milmet dams caused panic among residents living downstream and families affected by the recent tragedy who thought another dam had burst its banks.

Word spread fast  forcing government officers and local leaders to calm down the situation by announcing to residents that they were draining the two dams.

Kabazi MCA Peter Mbae who represents the area rushed to social media to dispel the rumour of another dam burst.

“I wish to correct the information circulating in public that another dam has collapsed in Patel farm in Solai. That's not true.” Dr. Mbae said.

The further stated that: “The position is that there are two more dams that have been identified as dangerous.”

The draining of the dams follows the death of 44 people last Wednesday night after walls of another dam broke apart- releasing violent waves of water that swept through two villages- leaving behind a trail of death and destruction.

The tragedy mainly affected an area stretching to about 10 kilometers- occupied by some 500 families.

Two villages - Nyakinyua and Energy were worst hit by the tragedy that the government has listed as the worst in the country’s flooding history.

The dams being drained are located not more than five miles from the Solai Trading Center and were full to the brim.

According to Simon Wang’ombe, the Water Resource Management Authority (Warma) regional manager for the Rift Valley, the dams lacked spillways- channels  through which excess water flows from a dam downstream.

“The dams are weak and water has been seeping onto the road and into residential homes,” he said on Friday.

A team of dam specialists a ndwater engineers from the Department of Water, National Environment Management Authority and Water Resources Management Authority, have been assessing the six remaining dams to determine whether they are structurally sound.

Rift Valley regional coordinator Mongo Chimwanga, said the draininmg of  Marigu and Milmet dams will go on and that the release of the water is being closely monitored to avoid a repeat tragedy.

“The draining the two dams is being done in a way that the water will not cause devastation to the people. It is a carefully-managed and monitored process,” Mongo said.

The Standard on Saturday witnessed the opening of waterways to discharge the dam which is almost full.

The waterways were opened systematically to ensure the water is discharged without causing secondary accidents.

Kenya Defense Force (KDF) soldiers were expected to bring on site better equipment to assist in the operation that is expected to take a few days.

Nakuru Governor Lee Kinyanjui said that one of the dams that has been assessed by experts has been declared unsafe.

"The location of the dams still pose a great danger to the remaining population on the lower grounds. Experts have warned that one of the dams has questionable structural integrity and should be emptied to avert further disasters," Kinyanjui confirmed.

Kinyanjui added that the multiagency rescue team has already evacuated the people who live on the lower side of the farm until the area is declared safe citing fears that the dams in question are still a threat.

Friday morning, KDF soldiers and National Youth Service (NYS) personnel intensified the Search of missing persons on a 10 Kilometer stretch from the the dam.

The death toll is expected to rise as the rescue efforts have only covered 75 percent of the affected area. 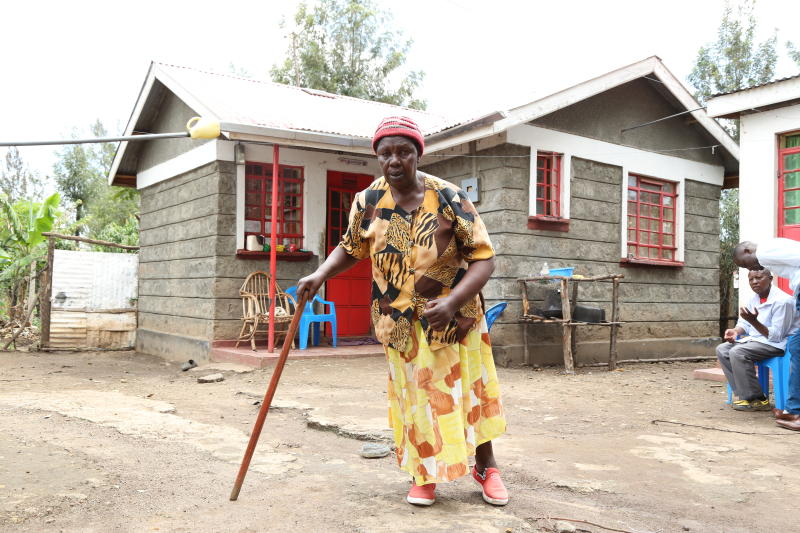 Solai Dam victims have nothing to show, but scars four years later
At least 190 victims are seeking compensation at the Environment and Lands Court in Nakuru. Most of the survivors are struggling to make ends meet.
Rift Valley
By Julius Chepkwony
1 month ago
.