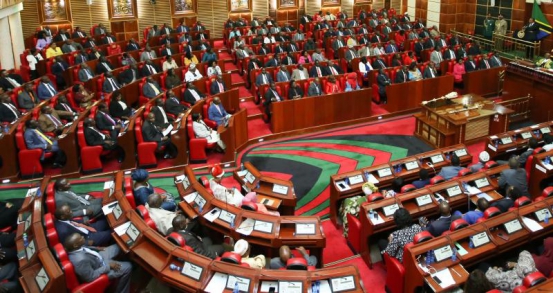 An explosive report on 10 counties by the Senate Public Accounts and Investment Committee tabled in the House on Thursday highlights the gaps that hinder proper implementation of devolution.

Senate has faulted the management of county governments under the current governors and MCAs, accusing them of embezzling public funds in bloated workshops, incompetence in discharging their constitutional mandate and breaching the Constitution and subsidiary laws.

The issue of foreign travels and unsurrendered imprests also featured prominently during the senators' probe on county audits.

Also, the efficacy of the Integrated Financial Management Information System (IFMIS) is questionable, as the current form only captures revenue not expenditure.

Kenyans are bent, that is why they see things upside down

For governors and MCAs, the report comes at a bad time, since the electorate might take them to task during the campaigns, giving an upper hand to their opponents.

Aspirants may also use the report as a platform to discredit the incumbents and try to prove to voters that they are not fit for office. Given that most senators now want to be governors, the report is likely to be passed by the House when it is presented for debate.

In the report, the senators noted that MCAs have been unable to audit the county executives because they have become "too friendly".

The figures in question run to millions of shillings and mostly arising from misuse of imprests, which was a recurring issue in most counties.

"Quite often County Assemblies have been compromised by the Executive not to perform their oversight function," reads the report.

Many governors were censured for not instilling financial management discipline on their officers, even where financial regulations and laws were contravened by officers.

The senators took issue with governors' failure to take corrective measures, including prosecution or disciplinary action on those culpable.

"By such omission, they become complicit," reads the report compiled by the committee chaired by Kisumu Senator Anyang' Nyong'o.

The senators argued that governors, being the county CEOs, must at all times ensure all officers and institutions under them exercise prudent financial management and controls, in compliance with the Constitution and relevant laws and regulations. Failure to do so, they shall be held personally liable.

Prof Nyong'o observed that poor record-keeping made accountability and audit difficult in the counties.

table of Premier League standings for the 2016/2017 Season