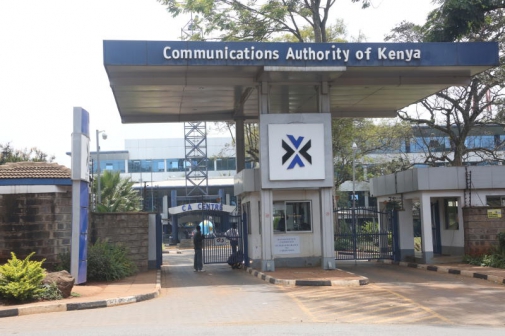 Players in the media industry have raised a red flag over the new programming code that the Communications Authority (CA) has gazetted.

The new rules are supposed to police radio and television broadcasters to make sure that all "practitioners display a high sense of responsibility, morality, fairness and honesty at all times".

Mr David Ohito, a council member of the Kenya Editors Guild, termed some of the punitive rules that came into effect on the eve of the New Year, and whose full implementation begins in June, as unconstitutional, because they infringe on the freedom of the media.

"The Constitution is very clear. Article 34 says 'the State shall not exercise control over or interfere with any person engaged in broadcasting... it goes on to say, the State shall not penalise any person for... the content of any broadcast. What are these regulations supposed to achieve," said Ohito, a media advocate.

Ohito took issue with the rule to cap advertising to a maximum of seven minutes every hour, as one that will weaken the revenue bases of media houses.

"One of the ways that governments use to weaken the media is to cut the revenues. Media houses are commercial enterprises. They make money and pay taxes. What the CA is forgetting is that it is supposed to deal with licences and spectrum and leave content aside," said Ohito.

Henry Maina of Article 19, a media lobby, said most of the rules in the Programming Code for Free-to-Air TV were "problematic".

He said the CA had been out consulting, but he was keen to see the kind of views and objections raised by media houses, to see if their input was taken before the new rules were published.

"The authority has been working on the code for quite some time. What we need to know is which bodies gave in their comments, and how many of these comments were taken on board," said Maina.

Betting companies have moved to the High Court complaining that the current law on taxes governing the industry is unconstitutional.

By Clement M Masombo | 12 hours ago