At least six early morning flights out of Jomo Kenyatta International Airport (JKIA) in Nairobi were Monday delayed on the runway in what one pilot attributed to "a go-slow by the air traffic controllers".

The planes, operated by different airlines including Kenya Airways and Fly540 and whose passengers had boarded on time, stayed on the runway for at least 30 minutes awaiting clearance from some controllers who were still working.

Kenya Airways had two aircraft on the tarmac, one headed to Mombasa and another to Kisumu. The budget airline, Jambojet, which operates as a subsidiary of Kenya Airways, also had a flight to Mombasa stuck on the runway waiting for clearance.

"I have been trying to think of a way to explain why we have not taken off but I think I will have to tell you the truth. There's a go-slow by the air traffic controllers, and we will just have to wait. We are at their mercy now. We apologise for that," the pilot of KQ650 to Kisumu told agitated passengers.

The incident rekindled memories of one November two years ago when air traffic controllers disrupted services at JKIA over discrepancies in the implementation of a collective bargaining agreement with the Government, including the payment of overtime allowances.

"We really apologise for the late take-off, but it was a matter that was beyond our control. We really hope the Government will listen to them (air traffic controllers). Thank you and have a great day," said the KQ pilot when his plane finally landed at the Kisumu International Airport Monday.

When The Standard contacted the Kenya Civil Aviation Authority to find out the genesis of the disruption, an official from the Air Traffic Management Service Department, who identified herself only as Rose, denied knowledge of the go-slow or the morning runway delay.

The flight to Kisumu was scheduled to take off at 7am but it was stuck on the runway until 7.30am. The Fly540 and FlySax planes had been scheduled to leave between 6.30am and 7am.

When the plane to Kisumu finally took off, a Jambojet aircraft and a private aircraft were still waiting for clearance. Among the passengers were Mbita MP Millie Odhiambo and nominated Senator Judith Sijeny, who were headed for Kisumu.

In November 2011, passengers aboard two planes to Mombasa stayed in the air for about an hour after striking air traffic controllers at the Moi International Airport failed to clear them for landing. 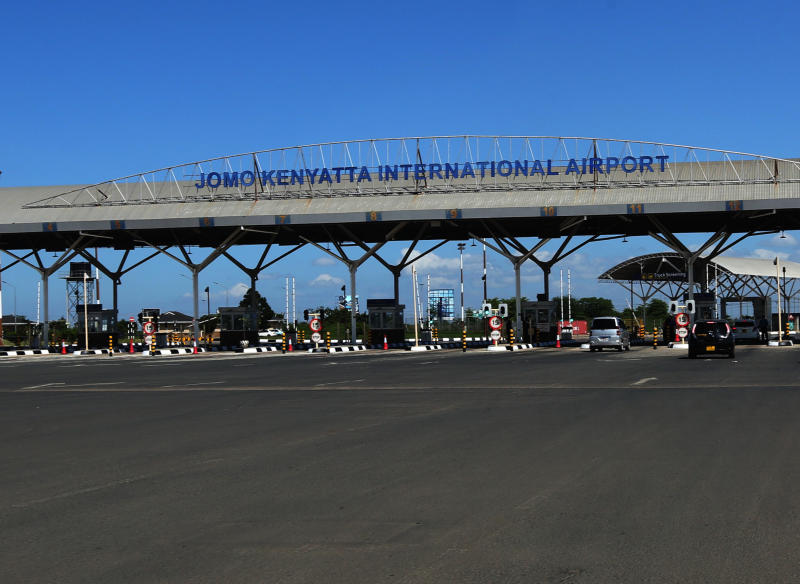 Foreigner carrying Sh238m seized by customs officials at JKIA
A man in possession of Sh238million in foreign currency was yesterday arrested at the Jomo Kenyatta International Airport.
National
By Kamore Maina
4 months ago

1.1 million people in hospitality sector lost jobs last year
The Tourism industry, however, rebounded in 2021, registering a 302,617 increase in the number of visits into the country, compared to 2020.
Business
By Winfrey Owino
5 months ago
.