NAIROBI, KENYA: The Kenya Seed Company (KSC) has increased prices of maize seeds, as it reportedly grapples with a Sh1.3 billion debt following the Government's failure to remit funds to subsidise its products.

The Standard has learnt that the national seed producer hiked the price of maize seeds by Sh30 a kilo, shelving the Government subsidised price.

But the company has now reverted to higher prices.

There are fears it could negatively impact the cost of the produce and farmers could use uncertified seeds from their recycled maize, which could see production of maize plummet in the next season.

Farmers who spoke to The Standard said most outlets had informed them the prices had been adjusted upwards without any official communication. They called upon the Government to reverse the increment to avoid the use of uncertified seeds, especially for the small scale holders.

Bernard Kemboi, a farmer from Elgeyo Marakwet said the only way the Government should fight poverty is by increasing food production.

"Cost of maize production is high and it is shocking when prices of seeds are raised.This will greatly reduce production especially in North Rift," he said.

But KSC Managing Director Willy Bett said the adjustment had been necessitated by their research, which he said showed that farmers were not benefiting from the subsidy.

Speaking to The Standard on phone, Bett downplayed claims that prices were hiked because the Government reneged on Sh1.3 billion subsidy, saying plans by the Government to settle the debt were ongoing.

He said: "That is not the right position. We have been doing an audit and what has come out is that the dealers were benefiting from the subsidy at the expense of farmers."

He, however, agreed that the Government owes the Kitale based company Sh1.3 billion but was quick to add that they had reached an agreement on how the money would be paid.

"The company had been operating with expensive borrowing after the Government failed to finance it as it had pledged. This has caused the adjustment," claimed a source at KSC who sought anonymity because he is not allowed to comment on matters of the company.

But dealers said they got nothing extra other than their standard commission of Sh18 a kilogramme.

"The systems were controlled. There was supervision and there was no way we were selling the seeds higher than the recommended prices," said a stockist from Eldoret.

He said the Sh18 was divided between the stockists who took Sh10 and the agents were paid the rest. Agriculture, Livestock and Fisheries Cabinet Secretary Felix Kosgey was unavailable for comment as he did not receive our calls or respond to our SMS.

Principal Secretary Sicily Kariuki said she was out of the country and could not comment on the matter.

Twelve students in Vihiga County have won scholarships to study engineering courses at Wildau University of Science and Technology in Germany for the next three years.

By Stephanie Wangari | 39 minutes ago

By Josphat Kinyanjui | 48 minutes ago 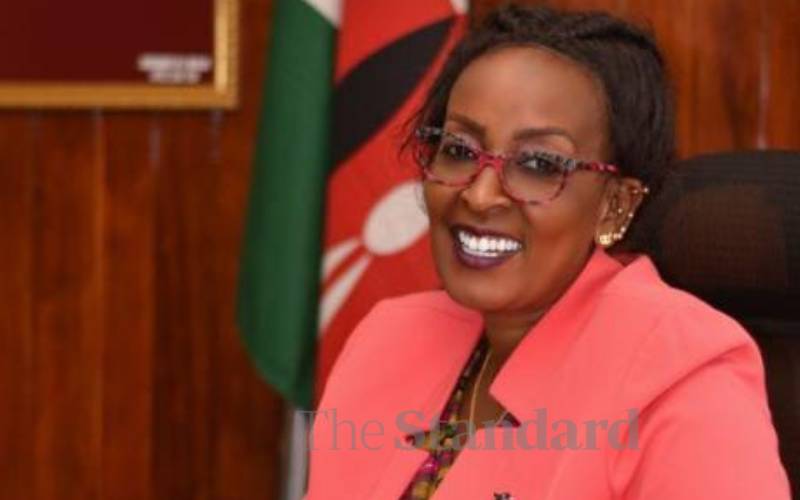