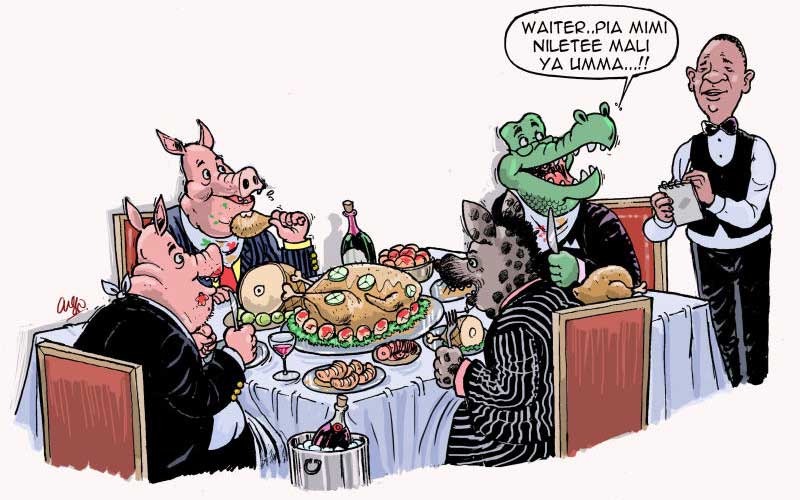 Anybody who has perused through our constitution is left with no iota of doubt that the document is one of the most comprehensive contracts in the world between the people and those who govern them. When former American President Barack Obama visited Kenya in 2016, he spoke glowingly of our constitution, singling out the right to dignity as one of the greatest innovations in a constitution.

The structure and architecture of the constitution are not only meant to improve governance, but also to transform our way of life and usher in a culture of constitutionalism.

Africa is awash with beautiful laws including the African Charter on Human and Peoples’ Rights, a regional document passed in 1981, but the continent leads in human rights abuses and suffering, and misery are commonplace.

Our constitution provided a complete paradigm shift from the conduct of governance as was found in the previous constitution. It subjects the presidency to more checks and balances. It strengthens parliamentary oversight of the Executive. It devolves power to 47 elected county governments, introducing for the first time in Kenya a meaningful decentralisation. It protects the rights of citizens and particularly women and vulnerable groups, provides an ambitious bill of rights that is not exhaustive. It requires all sitting judges to be vetted to determine their eligibility to continue to serve.

There is, however, no constitution in the world that is perfect given that a constitution is normally a concise document. As collection of majestic generalities the constitution leaves many policy gaps that require government’s goodwill to fill for it to be reasonably implemented.

But that is a herculean task because many government officials expected to fill these gaps contributed to the governance challenges that Kenya faces today. Passing a new constitution does not, in and of itself, eliminate fraud and corruption.

The fact that the executive authority derives from the people and is to be exercised for the service of the people and their well-being and benefits is indicative of a document that is meant to create political and economic institutions that are inclusive and protective of people’s fundamental rights and freedoms.

It is instructive that the judicial power derives its adjudicative power from the people as all the three arms of the State are enjoined to facilitate a complete paradigm shift from exclusive and extractive political and economic institutions that obtained in the old constitution.

These provisions, read together with the people’s involvement in the environmental management and people’s participation in both legislative and policy formulation, means that the constitution is a progressive and transformative document.

So the question is why with all these beautiful provisions hasn’t the constitutional transformative agenda been felt 10 years down the line?

The political elite fear the transformative and disruptive nature that the constitution envisages as this means that it transforms the old politico-economic institutions that conferred benefits to a few while opening up the economy to the rest of the society. The elite fear losing the advantages that they derived from exclusive and extractive institutions and must oppose full implementation of the constitution.

If the constitution is implemented fully, the new institutions will attract resources from the well-established ones and hence the constant turf wars between institutions such as the National Assembly and the Senate; the National Land Commission and the Ministry of Lands; the office of the Director of Public Prosecutions and the Director of Criminal Investigations, among others.

This resistance to change is contributed by human conservativeness and it is not unique to Kenya. It is a phenomenon that affects the whole world. Luddites the world over oppose technological change. The constitution is not only supposed to create jobs and improve our economy, but also cause transformative and destabilising processes.

The fear in Kenya is that when the constitution is fully implemented, the small domineering elite would lose their political power together with the economic privileges which such political institutions confer on them.

The same fear of losing privileges associated with weak political and economic institutions explains why it seems deliberate to confine people to the vicious cycle of poverty. The reasons why hundreds of acres are occupied by slums less than five kilometres from the city centre is because some people benefit both economically and politically from the wretchedness of such informal settlements.

The deliberate actions to derail the benefit of devolution are predicated on fear of transformative nature of our constitution. The control of resources at the national level has been extremely beneficial to the ruling elite and distributing those resources must definitely be opposed at whatever cost. Unfortunately for Kenyans, most devolved systems have despite clear provisions of the law, weakened as to devolve non inclusive institutions and therefore minimum benefit of devolution across the country.

Desperation is real. A Kenyan was recently quoted on television saying that what devolution did to Kenyans in rural areas was ‘to bring eaters closer home’. That instead of them eating from Nairobi they are now eating in our villages. The elites from urban centres followed devolved funds, not with the intention of serving people, but to devolve the funds into their pockets and live large in villages.

Governors resisting plunder of devolved funds like Makueni's Kivutha Kibwana have been fought by MCAs whose meaning of devolution is to enrich themselves.

When corruption allegations are rampant at the national level, ending corruption in counties won’t be possible. The text of devolution in the constitution is perfect; however, the very forces that are averse to inclusive politico-economic institutions have devolved themselves and are resisting the transformative nature of the constitution.

All in all, the first step towards inclusive politico-economic institutions has been taken in the form of a new constitution. What is left is to force the ruling elite to fully implement the constitution. Reforms and transformation never come on a silver platter. It is a matter of time before we start reaping real and quantifiable benefits of the constitution.

-Mr Lempaa is a litigation counsel at Katiba Institute