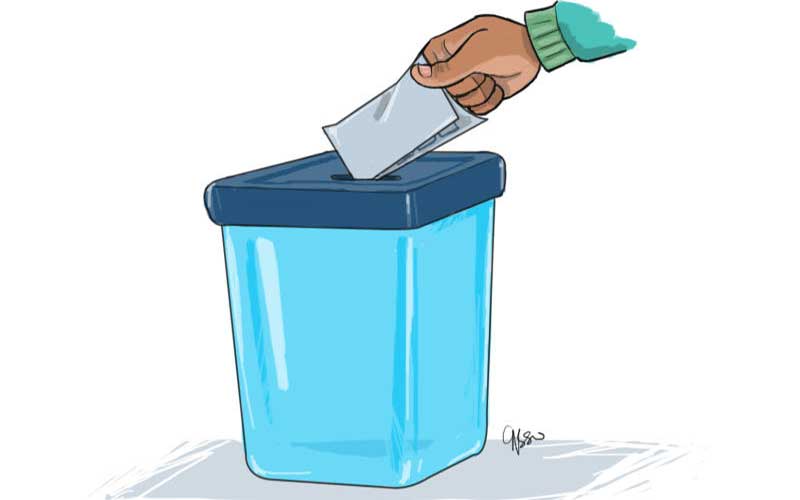 The Deputy President William Ruto has fashioned his quest for the presidency in 2022 as a battle between hustlers and the so-called dynasties comprising mainly the Kenyatta, Odinga and Moi families.

The quest has given rise to what is depicted as the ‘Hustler Nation’ whose support the DP has premised his ascendancy to the top job.

Since the 2017 elections, Ruto has been fronting himself as the protector of the interests of the common mwananchi.

He never wastes any opportunity to exhibit his ‘benevolence’, generously donating to needy members of society as well as issuing huge amounts of money to support various churches in the country.

Nasa principals must unite or perish in 2022 State House race

In recent weeks, the DP has hosted various church delegations at his Karen official residence as he banks on clerics to rally their flock behind his presidential bid.

He has also been making donations to youth and women groups as well as SME entrepreneurs. Various delegations have also been hosted at his Sugoi home, each of them arriving with a promise that he is their only choice for the 2022 State House race.

Ruto has been touted as a smart man, one who would be expected not to make some obvious political misjudgments.

However, it appears that he has utterly miscalculated his chances as far as the ‘Hustler Nation’ is concerned, and is set for a rude political shocker.

The truth of the matter is that this amorphous social group will not win him the election as its loyalty remains largely fickle, transient and patronage-based. It warmly embraces suitors, but looks elsewhere when it matters most.

While churches, for instance, are home to millions of voters, there is never guarantee that religious outfits can ever deliver votes.

History has shown that the clergy and their followers are greatly prone to persuasions such as tribal identity when they head for the ballot box.

Ask any veteran politicians out there and they will share experiences where they were declared the ‘chosen one’ by the clergy, of course after parting with hefty gifts, only to learn that their rivals have been ‘anointed’ in the same churches days later.

The same applies to the various groups and individuals the DP has been supporting, supposedly to help them overcome the economic impact of the Covid-19 pandemic. You can take it to the bank that nothing will stop Stephen Odhiambo and Dennis Omondi, whom the DP recently handsomely rewarded for their innovative carpentry skills, from supporting the side ODM leader Raila Odinga will be rooting for come 2022, if they so wish.

On the other hand, Ruto must realise, before it is too late, that the group he is banking on to deliver the ‘Hustler Nation’ votes are opportunists who are out to gain from his generosity, and would abandon him at the slightest opportunity.

A good example is the recent purge in Parliament that routed out his key supporters from key leadership positions.

In the face of the onslaught launched by President Uhuru Kenyatta, some of his foremost supporters, especially in the Mt Kenya region, shifted base and are now backing the Head of State for the sake of development.

For instance, Laikipia Women Representative Cate Waruguru and Laikipia North MP Sarah Korere, who were some of the DP’s staunchest supporters, are now preaching the Handshake gospel.

Yet, Korere is remembered for once dismissing Raila as a bull that cannot sire, which is only good for slaughter.

Recently, Waruguru caused a spectacle when she went on her knees as she pleaded with her constituents to support ODM leader Raila Odinga following his unity pact with the President.

It only goes to prove that when push comes to shove, politicians will retreat to their tribal cocoons or pursue personal interests.

Thus, the mirage that is the ‘Hustler Nation’, coupled with the fact that the principle of hereditary succession seems to be betraying the DP, leaves him in a rather precarious position politically.

His predicament is compounded by the fact that President Uhuru Kenyatta, in dealing with his ambitious or rather impatient deputy, has hinged his succession on a broader alliance that encompasses the face of Kenya.