Relations with Eritrea are vital in the fight against Al Shabaab 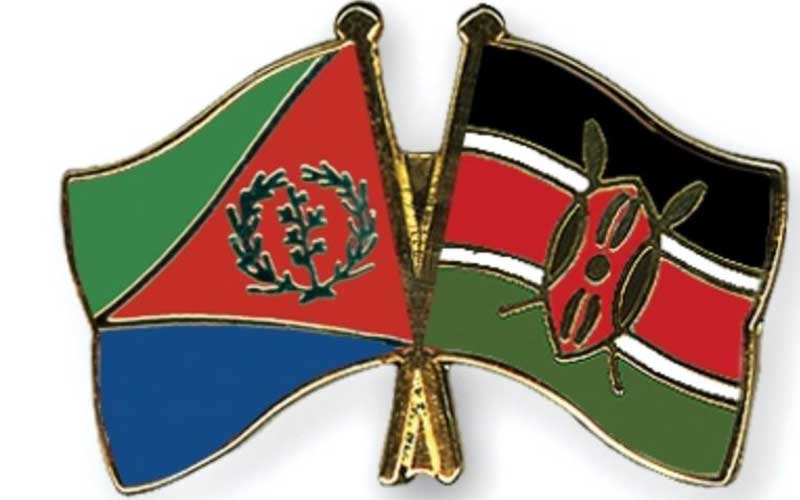 It has been said that one of the most important tactics in the war against terrorism is stopping the flow of money, support, and arms, and preventing terrorists from acquiring and expanding their base of operations.

The Americans understood this in Afghanistan and used it to moderate success. Similarly, many world leaders have come to understand that if you manage to stop the money and arms, it is far easier to stop the bloodshed.

In 2011, the world witnessed two planes landing at an Al Shabaab-controlled airfield in Somalia, loaded with arms destined for terrorist group.

While it was known where the planes landed and what was on them, few knew from where the planes had taken-off. Many fingers immediately pointed at Eritrea, an accusation the government in Asmara vigorously rejected. However, not many experts and international observers believed the denials.

“I think no one doubts that Eritrea has throughout the last four years been supportive of Al Shabaab, sending in weapons, sending in trainers and also training hundreds of Al Shabaab fighters in some of its military camps," said Rashid Abdi, an analyst with the International Crisis Group, at the time.

"But, as I said, it is very difficult to confirm this news story that this support has been resumed by Eritrea.”

The United Nations Security Council imposed an arms embargo on Eritrea in December 2009, including travel restrictions and asset freeze on top Eritrean political and military leaders because of alleged support for Al Shabaab militants.

A United Nations report released in 2011 alleged Eritrea had flown weapons and fighters into Somalia on numerous occasions.

The report also said Eritrea had been funnelling about $80,000 a month to people linked Al Shabaab through the Eritrean embassy in Nairobi.

The Kenyan authorities at the time had seen and heard enough and directly accused the Eritreans of supporting the terrorists, and had indicated it would review its diplomatic relations with its neighbour to the north.

Since then, the relations between the two nations have been frosty. However, President Uhuru Kenyatta has been working hard over the past few years to ensure that the Eritrea-Al Shabaab links are broken.

In 2013, not long after the Westgate massacre, Eritrean President Isaias Afwerki arrived in Nairobi for the Golden Jubilee celebrations of the country's independence. He held talks with Uhuru on “regional peace and stability”.

Early last year, Afwerki returned to Nairobi for talks of a similar nature. Not long after, the United Nations lifted its sanctions against Eritrea, having concluded that the Red Sea nation had stopped its assistance to Al Shabaab.

Now, President Uhuru is traveling to Eritrea to become the first Kenyan president to visit that nation since 1999, and the timing is not a coincidence.

The President knows that in the wake of the dusitD2 attack, he must take a holistic approach to defeating the terrorist organisation, and that means ensuring that all channels of assistance and support are stopped.

Eritrea, for many years, was seen as part of the problem in our region, especially with its assistance to terrorists, but now it can become part of the solution.

Kenya has played a significant role in turning Asmara away from being a base of support for terrorism to becoming a pivot for peace in the Horn of Africa, especially since it signed a landmark agreement with Ethiopia in June of last year, committing to end a bitter two-decade dispute with Addis Ababa.

Now that Al Shabaab has launched another deadly attack on Kenya, the President is using all of his reputed diplomatic acumen to enlist the support of President Afwerki in the fight against the Somalia-based terrorist organisation.

President Kenyatta will leave no stone unturned in ensuring that Al Shabaab is dealt a heavy blow for shedding the blood of Kenyans. Sometimes it takes a heavy military hand to defeat terrorism, but without a holistic and clever diplomatic strategy, terrorists have long demonstrated their ability to change and adapt.

The key to success is to stop and disrupt the remaining channels that they might have to regroup, restock and rearm. Eritrea is an absolutely vital player in this strategy and President Uhuru’s historic visit there could not have been better timed.

The net circling around Al Shabaab held by President Kenyatta is at the ready. Now he just has to ensure there are no gaping holes in it.

Unshackle yourself from mobile phone slavery

We spend way too much time ‘talking’ to our phones.