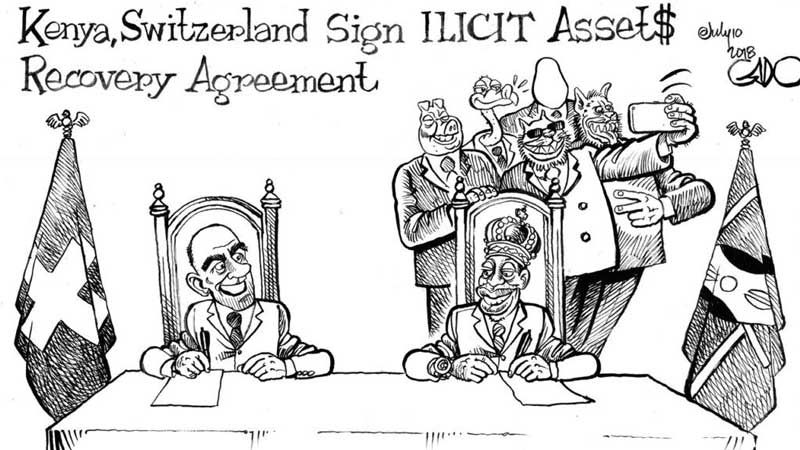 “Action without vision is only passing time, vision without action is merely day dreaming, but vision with action can change the world” – Nelson Mandela Anyone who has ever read a motivational, management or self-help book will be familiar with the above Nelson Mandela quote. In just one sentence, he perfectly summarises what an individual needs in order to affect change. With vision and action combined, the sky is the limit. While this may work for individuals, when it comes to affecting change on a societal level, it is slightly more complex.

With multiple stakeholders holding diverse and often competing interests, developing a common vision and course of action is difficult, and often impossible. This has been the case in Kenya with the battle against corruption for many years. While the vision of a corruption free society has always been held by the vast majority of Kenyans, the interests of a few influential and powerful individuals and groups were diametrically opposed. Thus, when it came to turning vision into action, there has never been an agreed upon course of action for how Kenya will practically rid itself of graft. personal charge As a result, very little has been done and the corrupt have continued to thrive.

What has always been lacking is leadership, for in a diverse society, it is only strong leadership that can unite disparate groups behind a common vision and an agreed upon course of action. That has been the biggest change in the past six months or so. Uhuru has emerged from his re-election with renewed vigour, energy and commitment to tackling graft. It isn’t that his vision or the actions he has undertaken are particularly revolutionary or out-of-the-box, but rather, that he has led from the front, taking personal charge of the graft fight. First and foremost, this is a product of unity. For the first time in our history, all major political players and groupings are united behind a common course of action: President Kenyatta, his deputy William Ruto, former Prime Minister Raila Odinga and former Vice President Kalonzo Musyoka are all pulling in the same direction by enthusiastically backing the fight against corruption. This is remarkable, and has been made possible by a strong show of leadership from the President. Many leaders would have bowed to pressure and arrested their main opponent for so wantonly contravening the Constitution and swearing himself in as president the way Raila did in January. But President Kenyatta did not.

Uhuru must have been prescient enough to know that Raila could be a partner in the realisation of his vision, and was self-assured enough not to be threatened by his then-rival’s actions. He ignored the more bellicose voices surrounding him, and instead laid the foundation for a handshake that would change Kenya’s future in no mean way. To imprison A true leader puts first the interests of those whom he leads. Uhuru’s leadership has also been evident in the way he has not been afraid of putting himself at the centre of the anti-graft battle. As the esteemed leadership coach Marshall Goldsmith explained, “One of the most important actions, things a leader can do, is to lead by example. If you want everyone else to be passionate, committed, dedicated, and motivated, you go first.” By announcing that he and Ruto would submit themselves for the much-discussed lifestyle audit, Uhuru sent a clear message that nobody is above the law. He is also on record as saying he would not hesitate to imprison his own brother if he is involved in corruption. His revelation that he had lost ‘close friends’ in the war against corruption, but had rejected their calls for special treatment, further cemented this message in the eyes of many. The outcome of this is that for the first time in recent memory, we have all the elements in place for a serious assault on graft. Our vision is of a transparent nation, in which nobody is above the law, and we can go about our daily lives without being exposed to corruption or being asked for a bribe. The course of action is the revamped anti-graft bodies, hungry personnel to lead these institutions, new practices to strengthen the hand of the state in identifying and prosecuting corruption, and the arrest of dozens of ‘big fish’ in recent months. And so, with vision, action and leadership combined, as Nelson Mandela said, we can change the world. Naisula Lesuuda is Samburu West MP