A 12-year-old boy jumped out of a vehicle that plunged into the Indian Ocean, at the Makupa Causeway in Mombasa, yesterday, after he unsuccessfully tried to save his trapped mother.

Witnesses said Gift Otieno came out of the car through a broken window and swam before local fishermen rescued him.

They described Gift's action as heroic.

The boy's mother, Winnie Acheing, 33, was driving on Makupa Causeway when the car plunged into the ocean.

The ocean is not as deep at Makupa/Kibarani causeways as it is in the Likoni channel.

Woman stuck in hospital for 16 months over medical bill

‘We wont be cowed by Nyong’o’s threats’

The police said Achieng was pronounced dead on arrival at Coast General Hospital.

Witnesses said the accident occurred after the car hit the pavement, veered off the road and plunged into the ocean. 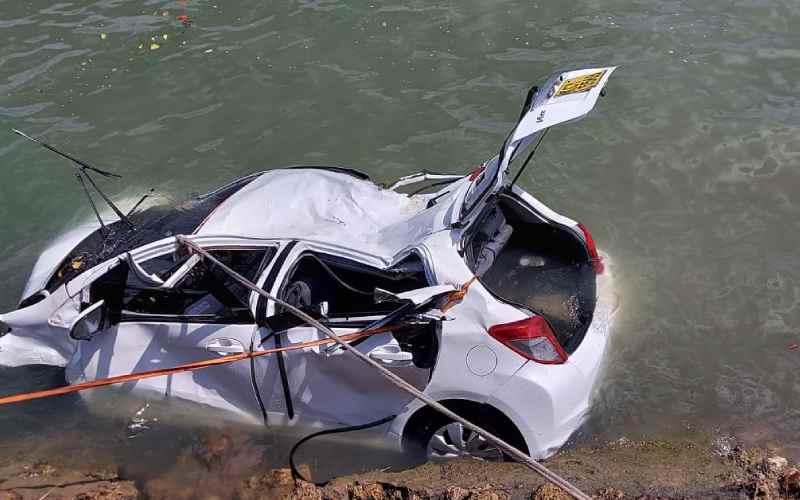 "The boy jumped out through the broken window and left the woman stuck in the car. It was a heroic move from a very young boy," a witness who identified herself as Mutheu said.

She said from a distance, they could see Gift trying to unfasten his mother's safety belt before he jumped out.

Muthei said that local divers and fishermen rescued the boy who was midway to the shores and pulled the mother out of the wreck. They rushed them to Coast General Hospital.

”The car was moving at high speed, I suddenly saw it plunge in the ocean and I rushed to see what was happening," she said.

The vehicle was partially submerged.

Urban police boss Eliud Monari said the boy was admitted to Coast Provincial General Hospital and is in stable condition.

“The woman was pronounced dead on arrival at the hospital but her son is still recuperating at the same hospital," Monari said.

The police boss explained that Achieng was overtaking a matatu before her car hit the pavement. He said she was driving towards the CBD from Changamwe.

Makupa OCS Ali Nuno and Traffic Base Commander Frank Mwagi mobilised rescue operations that took about an hour to retrieve the car which was towed to the police station as investigations commenced.

Last year, a woman and her daughter died at Likoni channel after their car slipped into the ocean from the ferry.

By Weldon Kipkemoi | 4 days ago