Samboja hands over roads function back to government 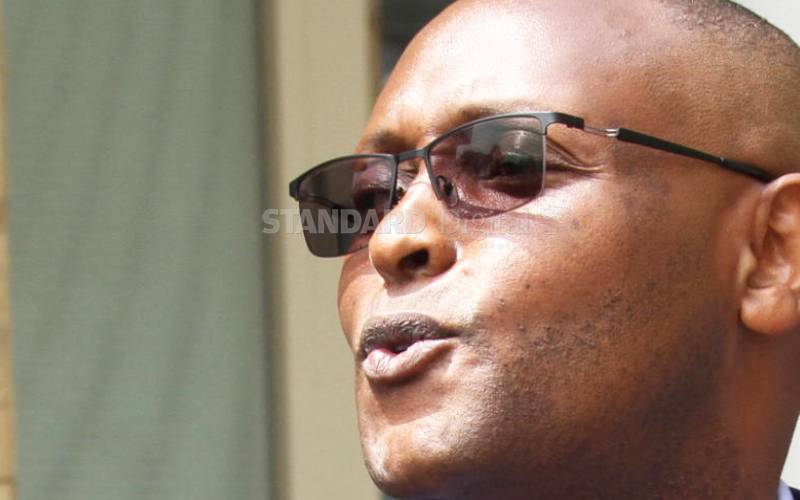 Taita Taveta County Executive has approved the assembly's resolution to have all classified and urban centre roads handed back to the national government for maintenance. Public Works Executive Getrude Shuwe said the Executive met under the chairmanship of Governor Granton Samboja (pictured) last week and approved the House resolutions. Ms Shuwe told the assembly committee members in Wundanyi town that the governor would forward the Cabinet meeting and assembly resolutions to the national government for action.

“We have already approved the resolutions to have all classified and urban centre roads reverted back to the national government for maintenance. The governor will now forward the resolutions to Nairobi for action,” Shuwe told the House committee yesterday. In a resolution passed last Thursday, the MCAs noted the county administration does not have the capacity and resources to maintain roads. The county has more than 3,000 kilometres of roads, which the MCAs noted had been washed away by flash floods. “More than 3,000 kilometres of road network in Voi, Mwatate,Taveta and Taita have been affected by floods. The county administration has no capacity and resources to maintain them,” said Kaloleni Ward MCA Omar Ahmed. According to the MCAs, the poor state of the roads had killed the economy, especially in Taita Hills, which is rich in horticultural and dairy products.

“Farmers cannot even transport farm produce to market centres as all the roads have been rendered impassible by the rains. The county administration has even failed to repair a 100 metres leading to the Mbela estate that hosts the county government offices, Huduma Centre and Wundanyi MP's offices,” said Mr Ahmed. In his motion, the MCA said most of the classified and urban centre roads in the county appearing in the road register have fair or poor surface condition.