Thugs kill M-Pesa agent as she was closing shop 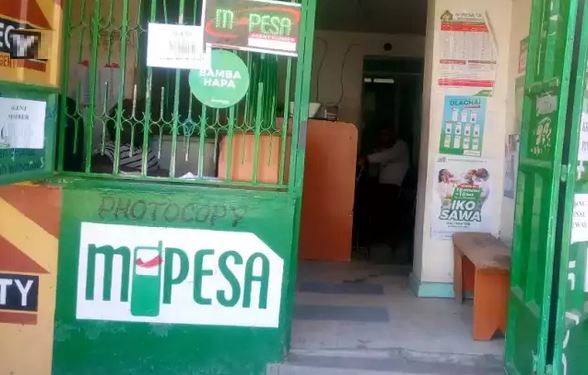 A mobile money agent was on Friday killed by a gang that raided an M-Pesa shop at Mikadini in Changamwe.

The agent who had just finished closing her shop was attacked by two robbers who shot her from behind and made away with an unknown amount of money.

Changamwe OCPD Daudi Loronyokwe confirmed the incident saying that police have already launched an investigation to trail the two suspects who are believed to be in a cartel with the wanted criminals behind the Makupa M-Pesa robbery that took place last month.

“We have launched the investigations and we assure the citizens that we are going to nap them soon, we believe these are the cartels that are out to get easy money from M-Pesa agents,” he said.

The OCPD said the 30 year old female agent had closed her shop and was going to board a motorbike when two robbers attacked her from behind and when she tried to resist they shot her twice in the back.

“She was taken to Bomu clinic but succumb to her injuries, the body has since been taken to coast provincial general hospital,” he said.

He further urged members of the public who have any information that could help speed up the arrest of the robbers to report to the police station.

“We urge members of the public to report these culprits,“ he added.