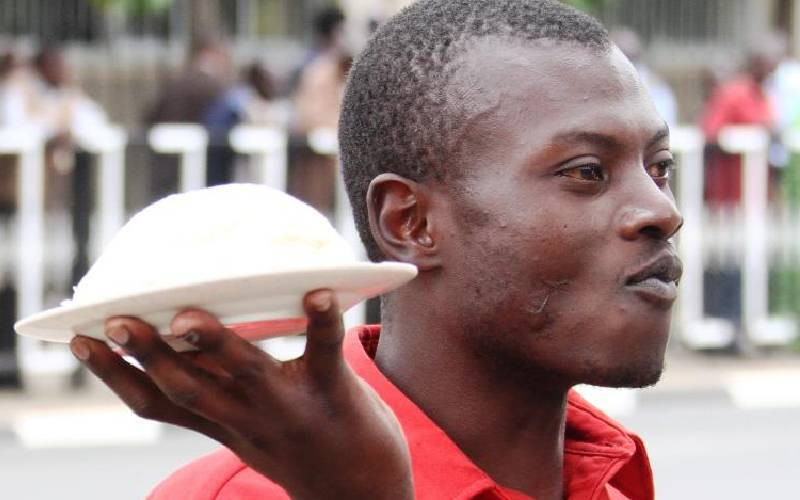 A day after unveiling their bottom-up model manifesto, the Kenya Kwanza brigade took their campaigns to Embu County where they lashed out at a section of government officials accusing them of taking Kenyans for a ride over the food prices.

Agriculture Cabinet Secretary Peter Munya was on the receiving end over the price of maize flour that the Kenya Kwanza leaders said was slashed by two shillings. Deputy President William Ruto reiterated that his government would ensure that the price of basic commodities went down immediately after taking over the government.

"These people have never slept hungry and that's the reason they don't understand when Kenyans complain over the price of Unga. How do you tell Kenyans to look for other foods when they can't afford to buy Unga," Ruto said.

He took a swipe on Azimio la Umoja Presidential Candidate Raila Odinga for his sentiments while in Bungoma county, that one of the biggest challenges in Kenya was illiteracy.

"These are issues spoken in 1963 by the colonialists when he was born and he should know that things have changed as many Kenyans are educated,"Ruto said.

He noted that over five million youths have graduated but don't have jobs adding that they will benefit from Sh100b to be set aside for the industries if he forms government.

"In our manifesto we want to use, leather, textile, agro-processing and value addition to create employment for the youths and people of Kenya," Ruto said.

He said the August poll was not a beauty contest but a competition between leaders with a good track record and those who had nothing to show.

"During my tenure, the Jubilee government has built roads, technical colleges, connected power and other development projects. Let Raila tell you what he did during his tenure as the prime minister," Ruto said.

The DP further urged Embu voters to reject candidates affiliated to the Azimio la Umoja- One Kenya Alliance saying they were just hiding behind President Uhuru Kenyatta while their real face was ODM. Kiharu MP Ndindi Nyoro noted that the manifesto would ensure farmers make good returns from their farm outputs.

"When everyone has money in their pockets, the prices of basic commodities will be affordable and that's what our government will do," Nyoro said.

Tharaka Nithi Senator Kindiki Kithure noted that following the manifesto launch, it was clear now that DP Ruto and his team were the best team prepared to transform Kenya. He also asked the President Kenyatta to retire honourably and assured that the incoming 'Kenya Kwanza Government' would protect him from any humiliation and insults.

"We wish you well on your retirement, we will protect you, however don't mess us more like you have tormented us in the illegal handshake government," he said.

By Wainaina Ndung'u 14 hrs ago
Premium Tracing the roots: Where Karua, Gachagua grew up