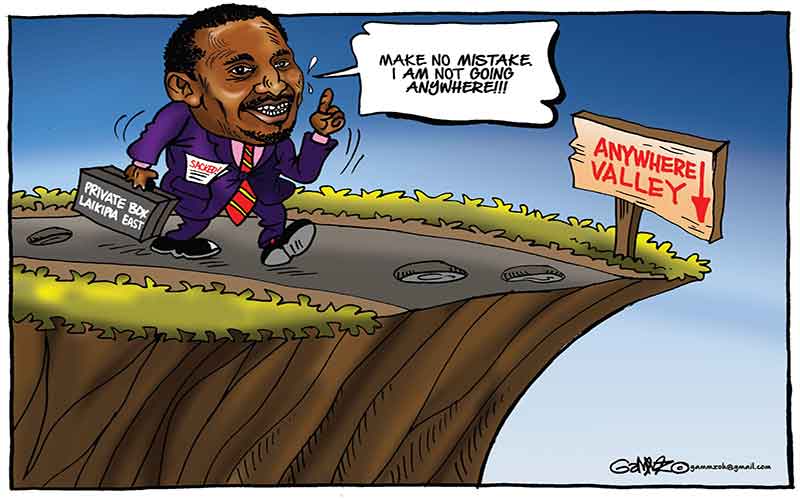 After losing the position as Agriculture Cabinet Secretary during the Cabinet shake-up by President Uhuru Kenyatta last month, Mwangi Kiunjuri is keen on positioning himself at the apex of Mt Kenya politics.

The former CS is being associated with a political party launched in Laikipia last month which seeks to position itself as an alternative vehicle in the region.

With no end in sight to the growing tension within the ruling party, Mr Kiunjuri is seeking to control Central region with the new party.

The Service Party (TSB) seeks to succeed where the Democratic Party and the Party of National Unity failed - to challenge the behemoth that is Jubilee Party especially in Mt Kenya.

While the jury is still out on how the party will be received in Mt Kenya region, it comes at a time when the Jubilee Party is facing a tough unity test.

The discontent in the party has been worsened by the Building Bridges Initiatives (BBI) which has further driven a wedge between the factions allied to President Kenyatta and Deputy President William Ruto.

“I need my space and that does not mean that I will not support anyone. We need a free platform to exercise our freedoms which are now coming under threat,” Kiunjuri said, adding to the chorus of a section of leaders in Mt Kenya that the State was clamping down on political freedoms, specifically that of association.

Although the former CS, who is a Ruto ally, has not publicly declared his link to TSB, he admitted that after his getting fired from Cabinet, he has been invited to various political parties.

It is believed that his association with the DP cost him the job.

In the State House meeting in Mombasa, a strategy to tame politicians allied to the Deputy President was hatched.

The meeting was held on January 12 on the sidelines of the security summit that was attended by all senior government officials including Inspector General of Police Hillary Mutyambai. It was chaired by Interior Cabinet Secretary Fred Matiang’i. According to sources, President Kenyatta held separate meetings with top government officials two days before the Cabinet reshuffle. It has now emerged that the sacking of Kiunjuri was discussed and agreed at in the meeting.

Although the former CS told Sunday Standard that he supports the BBI, he was cautious of the changes that will be made to the document before it is adopted.

“It is a good document as it is and no one is opposed to it. But we have to treat is as a butcher treats the bile, one wrong move and we will have spoiled the meat. We need to know how to handle the bile in BBI,” he said.

By associating himself with the new party, Kiunjuri betrays his next move in Mt Kenya and hopes that it will be the stroke of genius that keeps him ahead of a shifting tide in the region.

“I have been in politics for 28 years, by getting me out of Cabinet, it was like removing a fish from the pond and putting it in a lake, I was going to resign at some point anyway and two years was an election circle period,” he said.

Kiunjuri has since been questioned by Ethics and Anti-Corruption Commission (EACC) investigators over Sh1.8 billion for maize supply.

The money was withdrawn from the accounts of the Strategic Food Reserve Trust Fund at Central Bank last year and paid by the Agriculture ministry to a private company as a pending bill for the maize bought during the 2016/2017 financial year.

The procurement was done during the tenure of Agriculture Cabinet Secretary William Bett but the payment was made while Kiunjuri was in charge at Kilimo House.

EACC opened investigations into the matter following claims that officials at the ministry authorised the payment without prior approval of the oversight board and contrary to the Public Finance Management Regulations, 2015.

The DCI has also reopened investigations into Sh10 billion procurement at the Kenya power. A company associated with the sacked CS allegedly won the tender to supply 10 million wooden poles to KPLC.

The matter has been revived and is currently under investigations by the DCI, Serious Crimes Unit office.

The Judiciary raised Sh1.6 billion in the last financial year through court fines, fees, forfeitures and other charges.