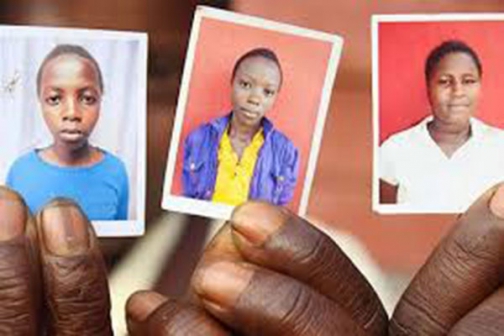 Three schoolgirls who had disappeared from their homes in Murang’a have been found in Nairobi, ending a week-long search. According to police, two of the girls were found in a house in Kayole estate following the assistance of the third girl who had escaped from the house they were holed up in a day before.

The girl was reportedly raped at a bus stage in Kayole after the men who had offered them accommodation threw her out of the house after she declined an offer to travel to the Coast. From what they told the police, the girls from Kiambugi village had been lured by a man who even sent them fare to travel to Nairobi from Murang’a.

The girls disappeared last Sunday after attending a church service with their parents. Yesterday, the girl who revealed the whereabouts of her colleagues, narrated her harrowing experience in the hands of the men, saying she had been misled into joining her colleagues for a trip in Nairobi.

“After I objected to plans of going to Mombasa as the group suggested, I was thrown out of the house. Since I am unfamiliar with the area, I was forced to seek refuge at a nearby bus stop where I was raped by two other men,” she tearfully recounted yesterday.

The teenager said she was rescued by a policeman who offered her Sh300 fare to Murang’a after she narrated her ordeal. “He told me to go and report the matter at a police station near my home,” she said. The 16-year-old said she had agreed to join her peers to Nairobi after one of her friends promised to pay fare as she had Sh1,800 in cash.

Boy, 15, held for death of 9-year-old girl over avocados

A parent to one of the girls said it is only on Sunday evening that they realised that their teens were nowhere to be seen. “The girls left without our knowledge and switched off their mobile phones,” said the distraught woman. She revealed that the girls have confessed that they were sexually molested. Police are still hunting for the men, who were not in the house. “The detectives are on the ground gathering information to help arrest the culprits and charge them,” said Murang’a acting police commander Johnstone Limo.

Mr Limo said the girls will be remanded at Murang’a juvenile home to undergo counselling.  “Parents must be cautious with their children and report to the authorities immediately they disappear,” said Limo.

With less than one year to the General Election, Coalition for Reforms and Democracy (CORD) leader Raila Odinga is working on a political matrix to dethrone Jubilee in the first round.

By Phares Mutembei and Muriithi Mugo | 3 days ago