The wife of Zimbabwean Vice President Constantino Chiwenga, who was arrested during the weekend over alleged fraud and money laundering, now faces an additional charge of attempted murder. 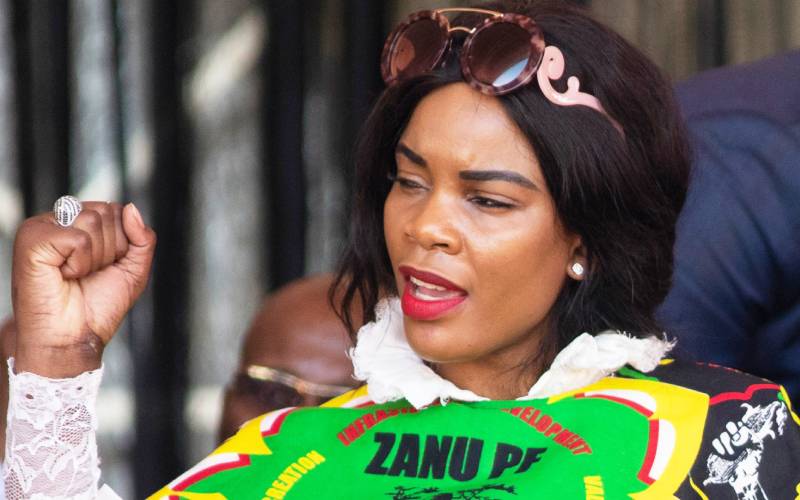 Mubaiwa (pictured) could not be reached for comment on Sunday.

Prosecutors say Mubaiwa denied her husband medical attention while he was sick and interfering with some of the medical procedures when Chiwenga was taken to the hospital.

Speaking in Harare on Monday, prosecutor Michael Reza said that on June 23, 2019, Mubaiwa denied the VP access to medical treatment.

Reza added that the security team forced its way in to take Chiwenga to Netcare Hospital.

Mubaiwa was detained until December 30. She was not required to take a plea.

Appointed by President Emmerson Mnangagwa this year, ZACC is under pressure to show that it can tackle high-level graft, which watchdog Transparency International estimates is costing the country $1 billion annually.

An internal ZACC memorandum of the charges seen by Reuters showed that between October 2018 and May this year Mubaiwa is accused of unlawfully transferring $919,000 to South Africa under the guise of importing goods, which it claims she never did.

The timing of Mubaiwa’s arrest will likely raise eyebrows after local private media reported two weeks ago that she was going through a divorce with her husband Chiwenga.

The ZACC memo accused Mubaiwa of fraudulently obtaining a marriage certificate without Chiwenga’s consent earlier this year when the vice president was ill. The two have been married under Zimbabwe’s customary law since 2011 and have two children.

Chiwenga returned home last month after spending four months in China receiving medical treatment for a blocked oesophagus. He has not been seen with Chiwenga in public, including at the annual ruling party conference that ended on Saturday.