Six things to know about the future of skills and learning 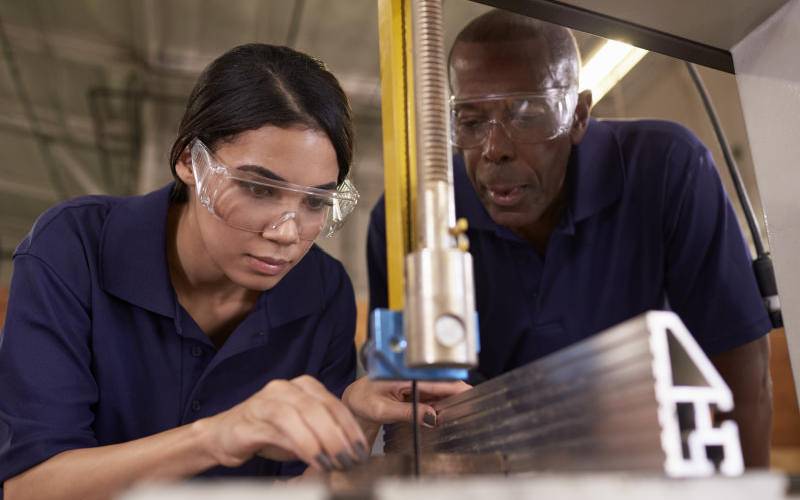 You won’t have missed that the world of work has gone through some significant changes in recent times. As we move into a new era of hybrid workplaces, which skills will be most needed and how can companies nurture them?

A new report attempts to answer these questions and more. For its fifth annual Workplace Learning Report, online education platform LinkedIn Learning surveyed more than 1,200 learning and development (L&D) professionals and nearly 900 learners. It also looked at behavioural insights on how people use its platform and conducted interviews with leaders.

It wanted to discover how L&D is changing within organisations, and how these companies are approaching learning strategies for the year ahead. Here are six key findings from the report.

Across every country the survey covered, L&D professionals named resilience and digital fluency – possessing the technology skills needed to navigate an increasingly digital world – as the most important skills this year. That might not come as a surprise given what’s happened in the world of work over the past year. Communication across remote or distributed teams, emotional intelligence and cross-functional collaboration round out the top five.

2. Upskilling and reskilling are the top area of focus

The World Economic Forum’s Future of Jobs Report found last year that, thanks to the pandemic, what used to be considered the future of work has already arrived. By 2025, automation and a new division of labour between humans and machines will disrupt 85 million jobs globally.

But as the economy and job markets evolve, 97 million new roles will be created, with people having an advantage in tasks such as managing, decision-making, communicating and interacting. And 50 per cent of those set to stay in their current roles in the next five years will need reskilling.

The report says most employers see the value of reskilling their workforce, and this chimes with the findings of the Workplace Learning Report. Upskilling and reskilling are a top priority for 59 per cent of L&D professionals in 2021, with leadership and management and virtual onboarding making up the top three.

3. Managers are a “secret weapon” for skill building

Almost half of L&D professionals are working with people managers to help build skills in their workforces, the Workplace Learning Report says. As part of this, companies are upskilling managers to have meaningful career conversations with their direct reports. Other ways L&D professionals are helping learners build skills include using data to identify skills gaps, seeking feedback so they can understand which skills to build, and working closely with their organization’s executive team to align skilling programmes to business strategy.

4. Learning is more engaging when it’s done as a team

Community-based learning boosts engagement – big time, according to the report. It found that learners using social features such as Q&As or learning groups watched 30 times more hours of learning content than those who didn’t. And 91 per cent of L&D professionals said that teams that learn new skills together are more successful. An overwhelming majority also agreed that community-based learning helps build a sense of belonging in an organisation.

5. Executives are increasingly recognizing the importance of L&D

When top leadership gets behind learning, the report says, learners are more engaged and programmes have more impact. Yet in the 2020 edition of the Workplace Learning Report, just 27 per cent of L&D professionals said that their CEOs were active champions of learning. Just as it has in so many areas of life, the pandemic has changed this dramatically.

L&D leaders moved quickly to help employees manage the shift to remote work while staying productive. And executives took note – in March 2021, 62 per cent of L&D professionals agreed their CEOs were active champions of learning. Meanwhile, 64 per cent of those surveyed agreed that L&D had moved from a “nice to have” to a “need to have” in 2021.

“If you really want to motivate a younger employee,” the report says, “then focus on career growth.” A majority (76 per cent) of Generation Z learners, ages 18 to 24 years old, believe learning is the key to a successful career. And as a result of the pandemic, they are now learning more than ever.

Per learner, they watched 50 per cent more hours of learning content on LinkedIn Learning in 2020 than in 2019. And more than two-thirds reported making more time to learn. They are “career-minded to the core”, the report adds, and more than any other generation in the workforce will spend time learning if it can help them perform well in their current jobs.